On September 24, 2019, goGame sent out a notification to all players and updated the official website announcing that the game has been discontinued, with all in-app purchases removed and the game no longer available to download. The game's servers were disabled entirely on October 24, 2019, rendering the game unplayable.

Made entirely of pixels, the Digital Kingdoms are places where all manner of life flourished...until a malicious virus named Syntax unleashed an infection.

It's time to fight back. Assemble a squad of your favorite Disney and Pixar characters to battle the infection and stop Syntrax! 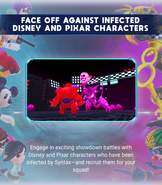 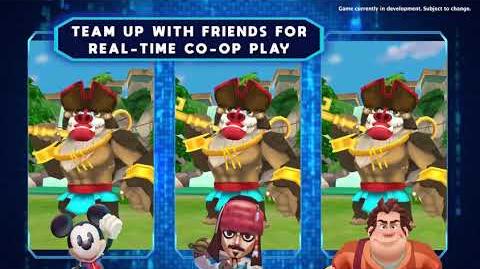