Disney INFINITY: 3.0 Edition is the third and final video game in the Disney INFINITY franchise. Similar to its predecessor, this game features another subsidiary-exclusive theme - Star Wars.[3] It was released on August 30, 2015 in North America.

Disney INFINITY 3.0 features similar gameplay mechanics to Disney INFINITY and Disney INFINITY: Marvel Super Heroes. Although sharing many key elements, the game's combat system has been redesigned to become more in-depth and complex. The game's combat system is influenced by the Star Wars: The Force Unleashed and its sequel, Kingdom Hearts, and most of the Spider-Man's aerial combat-themed video game series (except Ultimate Spider-Man). Lightsabers have been integrated into combat, due to the inclusion of Star Wars characters. In addition, characters who use lightsabers in combat can utilize additional weapons. For instance, playable character Luke Skywalker has the ability to use a blaster and a lightsaber, which used together can juggle enemies in the air. Full combos have been integrated, which allows the player to pause mid-combo and branch off into another variation of the combo. Playable characters with the ability to use the Force, in Star Wars mythology, have the ability to push and pull enemies during combat. Special attacks, which were introduced in Disney INFINITY: Marvel Super Heroes, have returned. Only the bearer of a close-ranged type weapon (such as lightsabers and other blade or staff weapons), including the characters who have their own primary close-ranged weapons (like Mulan, whose primary weapon is a staff, similar to the Jedi and Sith's own primary lightsaber), and characters who can fly are able to perform an aerial combo. Instead of waiting for a progress bar to fill up for a special attack to be performed, a new feature allows the attack to be released early, but the effects of the attack are not as strong. Auto-lock when firing ranged weapons at targets has been enhanced, so players no longer have to move closer to enemies in order to auto-lock on their positions.

All of the characters from the first two games are also compatible.[4] There is also a Light FX series, where some of the Star Wars characters have their lightsabers light up when put on the base.[5]

Peter Pan was going to be in the game sometime in 2016, having been chosen as a "Toy Box Artists Choice",[6] but after the figures from Alice Through the Looking Glass and Finding Dory were confirmed to be the final figures,[7] it is assumed that Peter got canceled.

*This character needs an online patch to make it playable.[8][9][10] The Star Wars: The Force Awakens content is otherwise activated by a code on the official website for offline players.[8]
**Black Suit Spider-Man was originally available in the PS Vita Starter Pack for the second game.[11]

Two more play sets, based on Disney and Star Wars were originally going to be made,[12][13] which John Vignocchi said in an interview that one of the play sets is based on a Disney animated film.[14] However, they were canceled after John Blackburn announced the series was discontinued.[7]

*This play set needs an online patch to make it accessible.[8][9][10] The Star Wars: The Force Awakens content is otherwise activated by a code on the official website for offline players.[8]

Unlike the ones for the first two games, Power Discs for the third game are not available in blind packs, instead being available in packs of four each that show the discs and are labeled for different franchises.[4] The D23 Expo had an exclusive King Mickey Costume Change Power Disc for the people who attended.[5]

The game's Starter Pack was released in the United States on August 30, 2015, for PS3, PS4, Xbox 360, Xbox One, and Wii U.[1] The software and base are included, along with the Twilight of the Republic Play Set, the figures of Ahsoka Tano and Anakin Skywalker, and the web code for the play set.[4] In Europe, it was released on August 28, 2015.[2] Also released was a limited edition starter pack for PS3 and PS4 that also included the Rise Against the Empire Play Set and Boba Fett, which the latter was a timed exclusive,[26] and was released individually in the United States on March 15, 2016.[27] A download for the PC was released on October 29, 2015.[28]

For players who already have a Starter Pack of the first two games, a digital download was released, depending on if players plan to get the third game for the same game console due to different bases needed for the Xbox 360 and Xbox One.[29] However, it was released for PlayStation consoles a day later.[30] Additionally, there was an individual release of the software in the United Kingdom and Ireland, with a special limited offer that allowed players to get the Twilight of the Republic Play Set.[31] Some figures and play sets need an internet connection to download the data supporting them.[32]

On September 9, 2015, Disney had officially announced that a version for the Apple TV would be released later in the year, with a special controller included, while the Apple TV's controller is also compatible, and also has the use of Bluetooth.[33] It was released on November 11, 2015. The base was also made to compatible on both PlayStation and Nintendo consoles by using a USB cable.[34] It was later released for iOS and Android on September 24, 2015, along with being available in the Amazon Appstore.[35]

On March 1, 2016, John Blackburn confirmed that there would not be a fourth game in the same year, instead expansions of the third game.[12] On May 10, 2016, it was announced that the Disney INFINITY series will cease production,[7] with an internal memo saying, "...it has become difficult to financially justify continued investment given the lack of growth in the toys-to-life market. Coupled with high development costs, the economics of our current vertical business model no longer add up."[36] This also led to Avalanche Software being shut down.[37] Though the games themselves are dead, the character designs for Infinity's figures and their general aesthetic were recycled for a Disney Store exclusive action figure line called "Toy Box" that began in 2017.

The Disney Wiki has a collection of images and media related to Disney INFINITY: 3.0 Edition. 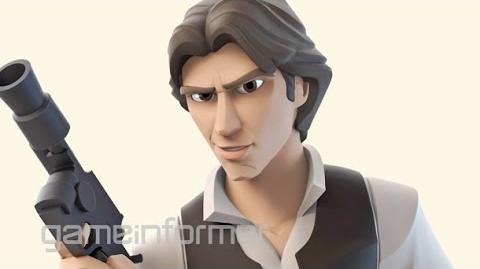 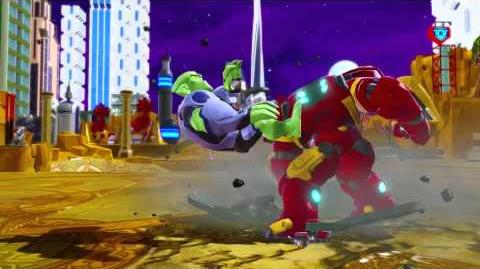 Get a New Look at Hulkbuster & Ultron in "Disney Infinity 3.0 Edition"