The title has been followed up by the sequel, Disney Magical World 2.

There is also a Disney Magical World Wiki for more information.

Nintendo America announced its initial plans for its Nintendo 3DS portable gaming platform for 2014. Among the titles announced is Disney Magical World which is slated to be available both in-store as well as through the Nintendo eShop beginning April 11.

Disney Magical World features dozens of Disney characters in a variety of Disney-themed worlds. Players can customize their characters with hundreds of Disney-themed outfits and accessories, all while managing a café, planting crops and collecting Disney character cards. Players can also go on quests and adventures where they must fight ghosts and monsters. Players also can help different characters solve problems or find missing items. Items for foods, furniture, clothes, and wands can be obtained through gathering (look for sparkling spots), quests, fishing, farming, and finishing favors. Players must collect stickers to proceed further and unlock more items in the 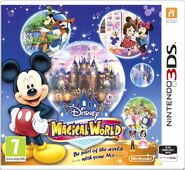 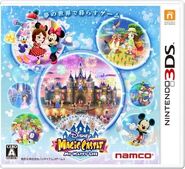 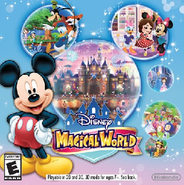 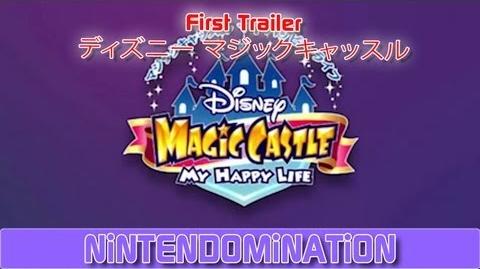