Walt Disney Parks and Resorts is the segment of the Walt Disney Company that conceives, builds, and manages the company's six theme park resorts, as well as a variety of additional family-oriented leisure enterprises. It is one of four major business segments of the company, the other three being Consumer Products, Media Networks, and Studio Entertainment.

The Parks and Resorts division was founded in 1971 as Walt Disney Attractions when Disney's second theme park, the Magic Kingdom at the Walt Disney World Resort in Florida, opened, joining the original Disneyland in California, which opened in 1955. The chairman of Walt Disney Parks and Resorts is Thomas O. Staggs. Staggs reports to current Disney CEO Robert Iger, and former CEO and founder Walt Disney in essence. In March 2018, the subsidiary was merged with Disney Consumer Products and Interactive Media to form Disney Parks, Experiences and Consumer Products.

In 2001, the area was officially renamed the Disneyland Resort with the opening of Disney California Adventure Park, two new resort hotels and the Downtown Disney retail, dining and entertainment district. The resort occupies 500 acres (2.0 square kilometers), listed below, and are divided into parks, shopping centers, and resorts.

The Walt Disney World Resort opened October 1, 1971, with the Magic Kingdom (similar in layout to Disneyland) and three resort hotels a few miles southwest of Orlando. The property is twice the size of Manhattan, with about a quarter of it having been developed to date. It has become the most popular tourist destination on Earth, with four theme parks, two water parks, a shopping and entertainment complex, 20 resort hotels and eight golf courses. The resort is divided into parks, shopping centers, and resorts.

The Tokyo Disney Resort, located in Urayasu, Chiba, Japan, opened April 15, 1983. On September 4, 2001, the resort expanded with Tokyo DisneySea. There are several resort hotels on site, but only three are actually owned by the resort, which boasts the largest parking structure in the world. Tokyo Disney Resort is fully owned and operated by the Oriental Land Company and is licensed by the Walt Disney Company. The resort was built by Walt Disney Imagineering, and Disney maintains a degree of control; Nick Franklin leads the Walt Disney Attractions Japan team at the Walt Disney Company, which communicates with the Oriental Land Company over all aspects of the Resort, and assigns Imagineers to the Resort. Its properties, listed below, are divided into parks, shopping centers, and resorts. 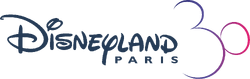 Disneyland Paris, Disney's second resort complex outside the United States, opened April 12, 1992, as Euro Disney Resort. Located in Marne-la-Vallée in the suburbs of Paris, it features two theme parks, a golf course, an entertainment complex and six Disney resort hotels. It is maintained and managed by Euro Disney S.C.A., a company partially owned by the Walt Disney Company whose stock is traded on Euronext. Its properties sit on 4940 acres (20.0 square kilometers), listed below, and are divided into parks, shopping centers, and resorts.

In November 2009, Disney received approval from the central government of China to build a Disney theme park in the Pudong district of Shanghai. "China is one of the most dynamic, exciting and important countries in the world and this approval marks a very significant milestone for Walt Disney Co in mainland China," said Robert Iger, president and CEO of Disney. The park opened with the rest of the resort on June 16, 2016.

Disney Cruise Line was formed in 1995; its two ships, the Disney Magic and Disney Wonder, began operation in 1998 and 1999, respectively, and were designed in collaboration with Walt Disney Imagineering. Both ships offer three-, four- and seven-night Caribbean cruises, each with a stop at Disney's private island in the Bahamas, Castaway Cay. The third ship - Disney Dreams - was launched in 2010, while the fourth, named Disney Fantasy, joins Disney's fleet in 2012, Trips to Europe, Mexico and Alaska along with new berths in New York City, Long Beach, California and Europe were all added in 2011.

Retrieved from "https://disney.fandom.com/wiki/Disney_Parks,_Experiences_and_Products?oldid=3736324"
Community content is available under CC-BY-SA unless otherwise noted.