Disney Springs is open to the public, requires no admission fee, and offers complimentary parking and transportation to all Disney-operated Walt Disney World parks and resorts. The overhaul of the area into Disney Springs led to much of the area being restructured into the theme of a small Floridian town built around a series of newly added natural springs. The large outdoor complex is divided into four areas: The Marketplace, Town Center, The Landing (formerly Pleasure Island), and West Side. Each area features a selection of entertainment venues, shops, and restaurants; all with unique themes.

On May 20, 2020, Disney Springs partially reopened with social distancing precautions in place amidst the ongoing COVID-19 pandemic, and has not ceased operation since.

The change of name was solidified on September 29, 2015. Though not completed yet, more restaurants and entertainment will open up in the future. 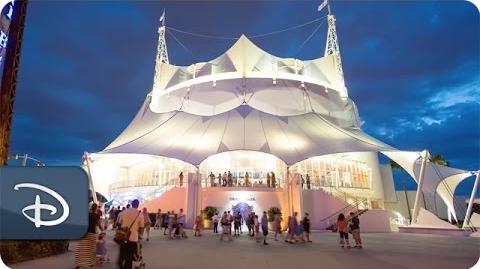 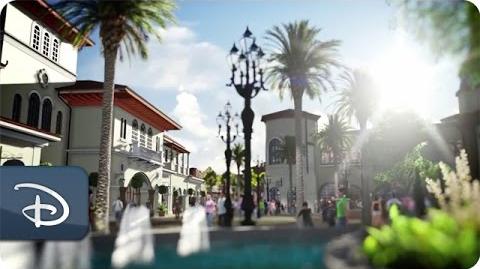 World of Disney appearing on a guide map