During the holiday season, the parade was transformed into the "Hollywood Holly-day Parade". The parade had its final run at Disney's Hollywood Studios on March 8, 2008. It has been replaced by the Block Party Bash parade from Disney California Adventure. Block Party Bash had its "soft opening" on March 9, 2008. Part of the parade moved to its sister park, the Walt Disney Studios Park at Disneyland Paris in 2009, and was renamed Disney Stars 'n' Cars. It premiered on April 4, with previews for guests beginning on March 9.[1]

The following eleven cars were at the Walt Disney Studios Park parade from the premiere on April 4, 2009. The parade route began from the gate next to Animagique to Place des Stars and has a show there and meet and greet. After this show the cars go the route in a different line back to the gate next to Animagique. The parade had an update on April 2, 2010 with the twelve floats: Ratatouille. As of 2012, the show has been cut from Place des Stars, with the floats driving through the studios as a normal parade. The final run was in 2014, because some of the cars had transformed to the Spring time event floats in 2015.

Since 2013, the cars has been used for the new year countdown parade as Disney's Stars 'n' Cars... As Never Seen Before and Mickey's New Year's Eve Parade in 2016. 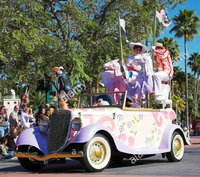 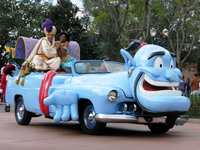 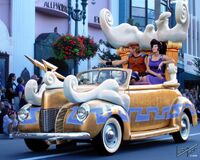 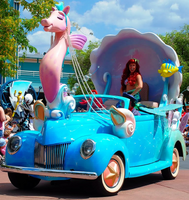 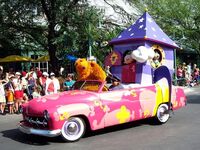 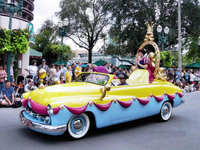 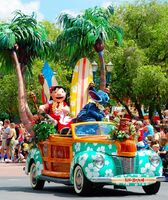 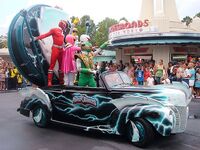 Retrieved from "https://disney.fandom.com/wiki/Disney_Stars_and_Motor_Cars_Parade?oldid=4129355"
Community content is available under CC-BY-SA unless otherwise noted.