Party game
Puzzle
Disney Tsum Tsum Festival is a party game for the Nintendo Switch developed by B.B. Studio and Hyde and published by Bandai Namco Entertainment, released in 2019. The game is based on the Tsum Tsum toyline.

The features several minigames including curling and air hockey, along with a version of the classic mobile puzzle game. They can be played in single-player or multiplayer.

1 = This character can only be unlocked via DLC.
2 = PAC-MAN appears in the game, despite originating from a third party/non-Disney production. 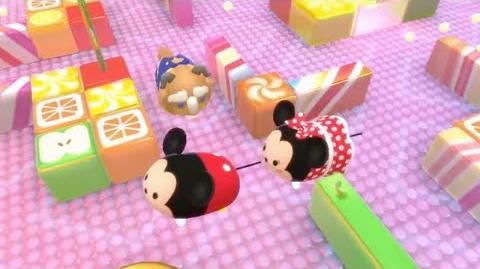