Disney Wiki
Register
Don't have an account?
Sign In
Advertisement
in: Disney on Ice shows, Tangled, Cinderella,
and 18 more

Disney on Ice: Into the Magic

Into the Magic (also known as Live Your Dreams or Dare to Dream) is a Disney on Ice show which premiered in 2002 as Princess Classics. The performance includes seven Disney Princess movies. Mickey Mouse, Minnie Mouse and Goofy are the main hosts for the show. Later Tinker Bell was added in 2008. The show was updated in 2011; in the first version, the characters from The Princess and the Frog, Cinderella, and Tangled were featured. Donald Duck was added to the show, but Tinker Bell has been omitted. By 2013, the Snow White and the Seven Dwarfs segment was added.

The second version replaces The Princess and the Frog and Snow White segments with Beauty and the Beast, Frozen, and Moana.

As of May 2018, characters from Snow White, The Little Mermaid, Aladdin, and Tinker Bell (who had appeared in the previous incarnations of the show), Woody, Jessie, Winnie the Pooh, and Tigger (the latter two who are not skating) made guest appearances in the finale for a limited time.

Later the same year, Miguel Rivera from Coco appeared during the pre-show to sing songs from the film.

Celebrate what’s possible as the adventures of five daring Disney heroines spark the courage inside us all at Disney On Ice presents Dare To Dream! In her Disney On Ice debut, see how far Moana will go when she embarks on an action-packed voyage with mighty demigod Maui in a quest to save her island, become a wayfinder, and find her own identity. Anna’s devotion to her estranged sister Elsa sets her on a perilous journey to mend their bond, and stop an eternal winter. Rapunzel breaks out of her tower and teams up with an unlikely companion, Flynn Rider, as she goes to great lengths to realize her dream. Armed only with courage, Belle befriends the enchanted castle staff and learns to look beyond the Beast’s rough exterior. With help from her friends and a little magic, Cinderella is determined to make the wish in her heart come true. Hosted by Mickey and Minnie, discover why no dream is too big when we find the strength to shape our own destiny at Disney On Ice presents Dare To Dream! 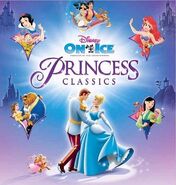 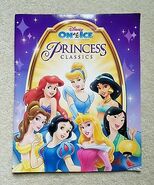 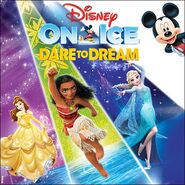 Live Your Dreams poster from 2019

Princess and the Frog 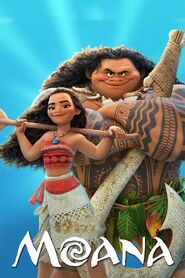