Disney Wiki
Register
Don't have an account?
Sign In
Advertisement
in: Disney on Ice shows, Inside Out, Frozen,
and 30 more

Disney on Ice: Mickey and Friends

It's the same show as Mickey's Super Celebration, only renamed into Celebrate Memories. As of 2021, the show is renamed Mickey and Friends. 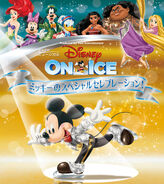 The promotional poster of the Japan version

Original poster of the show from 2009 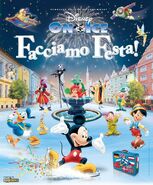