Disney Parks, Experiences and Products
The Disneyland Resort Diamond Celebration was an event held at the Disneyland Resort in honor of the original theme park's 60th anniversary. It officially began on May 22, 2015 and ended on September 5, 2016. [1]

As part of the celebration, the iconic Sleeping Beauty Castle in Disneyland and Carthay Circle Theatre in Disney California Adventure glistened, each with its own diamond medallion featuring the letter “D.” The entire resort was given décor and festive banners in shades of blue. Also bearing the diamond anniversary theme, creative merchandise and food items were designed to complement the celebration. Several of Disneyland's attractions received new additions. Among these are new Yeti figures in the Matterhorn and the return of the Hatbox Ghost to the Haunted Mansion.

Opening May 22, 2015, “World of Color – Celebrate! The Wonderful World of Walt Disney” illuminates the night in a contemporary and moving celebration of Walt Disney and his dream of Disneyland, showing that anything is possible if we never give up on our dreams. Mickey Mouse and Niel Patrick Harris will take guests on a fun-filled and inspirational journey through the unparalleled imagination of Walt, exploring his decades-long legacy of memorable animated moments and the dream of Disneyland park. Both epic and intimate in scope, “World of Color – Celebrate! The Wonderful World of Walt Disney” brings to life the remarkable story of Walt and Disneyland in a first-of-its-kind spectacular, presented on the magic canvas of “World of Color” with compelling animated imagery, live-action footage, fountains, lasers, special effects and a stirring musical score. [2]

Disneyland Forever” shows just how magical Disneyland Park can be, in a sky-high celebration featuring sparkling pyrotechnics, immersive projections, and other effects that transform Disneyland park right before your eyes! “Disneyland Forever” envelops you in an enthralling, breathtaking journey like never before, leveraging the largest installation of projection mapping technology in a Disney park and surprising special effects. Main Street, U.S.A., and several other Disneyland locations become a magical canvas taking us into a world of dreams, from flying above the London skyline from Peter Pan to a dance with King Louie in The Jungle Book. “Disneyland Forever” also features two original songs, the theme “Live the Magic” and the inspiring closing song “Kiss Goodnight,” written by Disney Legend Richard Sherman. Walt Disney once said, “Disneyland will never be completed, as long as there is imagination left in the world.” As “Disneyland Forever” caps off each evening of this once-in-a-lifetime celebration, we discover Walt’s inspiring words still hold true today. Disneyland will continue to be home to all our dreams and adventures … forever! [4]

Animated depictions of iconic Disney films were placed along Main Street, U.S.A., centering the theme of "transformation". The six windows are modeled after such films as Aladdin, Peter Pan, Cinderella, Toy Story, The Princess and the Frog, and Frozen.[5]

In honor of the anniversary, Disney's comic publishing company, IDW Publishing, released variant covers of comics featuring classic characters, with Disneyland, in the midst of its diamond-studded celebration, acting as the setting.

On February 21, 2016, ABC broadcasted an episode of the Wonderful World of Disney, centering the Diamond Celebration. 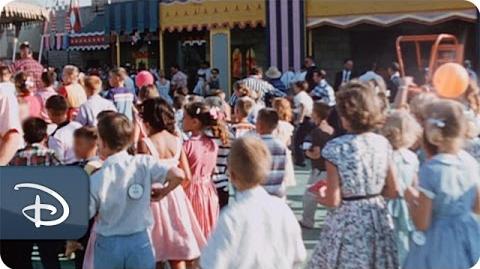 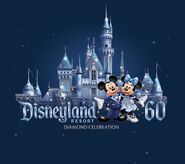 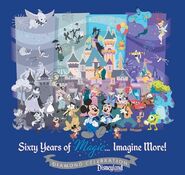 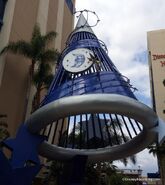 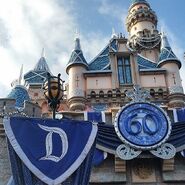 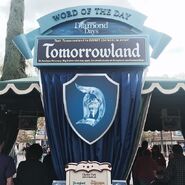 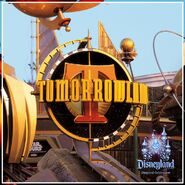 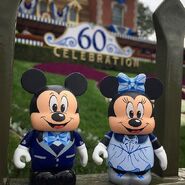 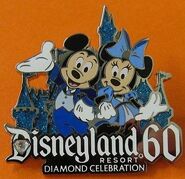 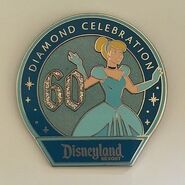 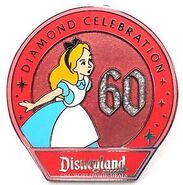 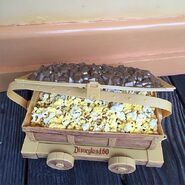