Elephant
Dolphin Reef is a Disneynature documentary film, centered around dolphin wildlife in the ocean.

The film was originally released in France on March 28, 2018 as Blue. It was scheduled to be released in the United States on April 20, 2018, but was confirmed to be taken off the theatrical calendar the week of release.[1][2] It was then announced that the film would be released at the launch of Disney+ instead, making it the first Disneynature film to be released exclusively on the streaming platform in the United States. It was announced on March 18, 2020 that the film would be released on April 3 of that year, accompanied by Diving with Dolphins, a feature length documentary on the film's production..

Created with Disneynature's signature storytelling style, the film introduces Echo, a young Pacific bottlenose dolphin who can't quite decide if it's time to grow up and take on new responsibilities. Dolphin society is tricky, and the coral reef that Echo and his family call home depends on all of its inhabitants to keep it healthy. But Echo has a tough time resisting the many adventures the ocean has to offer.

Early title of the film 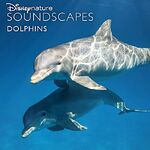