Donald Duck: Goin' Qu@ckers*!, known as Donald Duck: Qu@ck Att@ck in Europe, in Indonesia as Donal Bebek: Kue Ketek, is a platform game based on the Donald Duck cartoons and comics. Dedicated to the memory of Carl Barks, it was developed and published by Ubi Soft Entertainment for various consoles and Windows-based personal computers. A completely different game with the same title was released for the Game Boy Color, as well as on Game Boy Advance, the latter being given the title Donald Duck Advance.

Gameplay is similar to Crash Bandicoot. The levels alternate between a 2D and a 3D perspective. The story focuses on Donald Duck and his quest to save Daisy Duck from the evil magician Merlock.

The game's reception has been overall mixed, with reviewers praising the music, backgrounds, and animations, but criticizing the short length and the fact that it is mostly for the younger audience.

Goin' Quackers’s gameplay is very similar to that of Crash Bandicoot, and requires the player to move through various settings in 24 levels in 4 warp rooms. The four level themes are a forest theme, a city theme (presumably Duckburg), a haunted house theme like Halloween or medieval, and an Ancient Egyptian/Aztec temple. Donald Duck has to dodge various enemies and obstacles throughout the levels and defeat bosses at the end of each warp room. There are also bonus levels where Donald Duck has to outrun a bear, a car, a dismembered hand, and a Moai statue, respectively. The viewpoint of the levels change from a 2D side-scrolling perspective to a 3D perspective. Re-doing the levels in order to defeat Gladstone's time in same, gives the player advantages in the game.

The player has a limited number of lives that can increase by finding special items. Each live gives Donald two opportunities to be touched by the enemy, the first time is touched he became angry and throws berserk to the enemies, the second time, he loses a life. Donald also can get suits to move around the scenes and also some animations can be done if the player stops moving Donald (such as Donald taking photos of the place if he is dressed like a tourist).

Goin' Quackers begins with Donald Duck, Gladstone Gander, and Gyro Gearloose watching television reporter Daisy Duck discovering the mysterious temple of the evil magician Merlock. As she tells the story, Merlock discovers Daisy and kidnaps her. His arch rival Gladstone sets out to find her before Donald, who decides to use Gyro's new invention, the "Tubal Teleport System", to track down Merlock and Daisy. However, a piece of Gyro's device is missing, and to get the machine working again, Donald must go on a journey to recover it. Along the way, he must compete with Gladstone, reverse the spells that Merlock put on Huey, Dewey, and Louie's toys, and defeat several bosses, including the Beagle Boys and Magica De Spell. In the end, Donald is able to locate Merlock; he defeats him and rescues Daisy. The temple collapses, but Gyro is able to teleport them back to his lab, where Donald receives a kiss from Daisy for saving her.

The game was developed in 2000 by Ubisoft Montreal in a collaboration with Disney Interactive as an homage to Carl Barks, who died the same year. The Nintendo 64, Dreamcast, PC, and PS1 versions of the game are built on an optimized Rayman 2 engine. The score for Goin' Quackers was composed by Shawn K. Clement.

Donald Duck has to explore four worlds to defeat Merlock and rescue Daisy:

There are three main challenges that Donald has to do to successfully finish the game:

Donald Duck Advance is a re-release of the original game for Game Boy Advance. The game was also developed and published by Disney Interactive and Ubisoft, respectively. It was released December 15, 2001 in North America; November 16, 2001 in the PAL region; and December 21, 2001 in Japan. The game received an ESRB rating of E for Everyone and an ELSPA rating of ages 3 and up.

Donald Duck: Goin' Quackers is now on iOS and Android devices with Disney Mobile that gameplay with running away of Ghostly Glove like in PS2 or GameCube.

Goin' Quackers has received mixed reviews. Jon Thompson of Allgame reviewed the PlayStation 2 version and commented that although "it's an easy, competent game, it won't bother you while you're playing it because everything is so darned fun."

Gerald Villoria of GameSpot praised the Nintendo GameCube version's music, saying it was of solid quality with "uplifting" and "upbeat" melodies, but he criticized the game's short length. IGN's Craig Harris lauded the Game Boy Color version's graphics, citing "stunning" character motions and "beautiful" backgrounds, although he also was dissatisfied with the length of the game.

Cory D. Lewis of IGN reviewed the Nintendo 64 version, commenting that the game is better suited for younger players and will bore older gamers. He also stated that despite the Nintendo 64 version reusing the optimized Rayman 2 engine, the visuals in Goin' Quackers could not compare to the same level of quality the engine provided a year ago. Moreover, he praised the "bright-colored" cartoon objects and animations.

The PlayStation version was reviewed by Adam Cleveland on IGN, who found the game to be "a lot of fun". He commented that the bosses were creative and fun, but that they were extremely simple and provided little challenge. He summed up the review by stating "Although it may be on the quick and easy side, it's got all the right stuff." 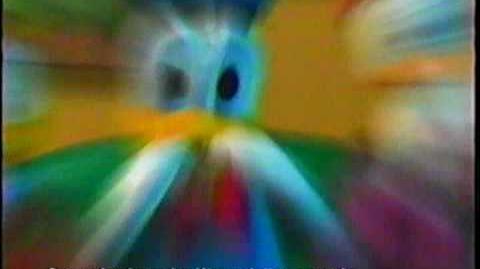 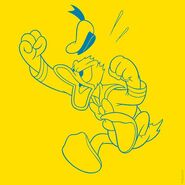 Artwork used during installation on the PC version

Artwork for the European Version 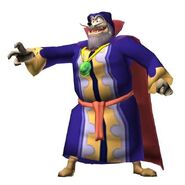 The game's ending in the console version