Donald and the Beanstalk

May 20, 2006
"Donald and the Beanstalk" is the 6th episode of the first season of Mickey Mouse Clubhouse, which originally aired on Playhouse Disney (now becoming Disney Junior) on May 20, 2006.

Donald has accidentally traded away Boo-Boo Chicken for magic beans to Willie the Giant. Can Mickey, Donald and Goofy get him back from Willie? 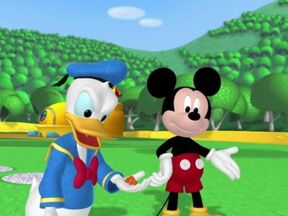 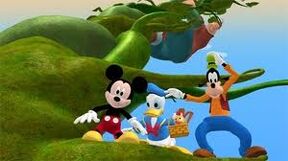 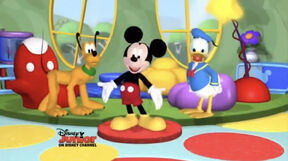