Dorothy Hackett McGuire was an American actress, whose only three Disney roles were Katie Coates in Old Yeller, Mother Robinson in Swiss Family Robinson, and Margaret Carey in Summer Magic. Like in most of her films, she was often cast as a mother role.

McGuire began her career in theatre, where she appeared productions of Our Town, My Dear Children, Kind Lady, and Claudia, where played the title role and reprised for the 1943 film. She continued her film work with movies, like A Tree Grows In Brooklyn, The Enchanted Cottage, Gentleman's Agreement, The Spiral Staircase, Claudia and David, Trial, The Remarkable Mr. Pennypacker, A Summer Place, Susan Slade, The Greatest Story Ever Told, Flight of the Doves, and Friendly Persuasion, for which she was nominated an Academy Award for Best Actress.

Her television appearances included Climax!, Rich Man, Poor Man, The Love Boat, The Young and the Restless, Fantasy Island, and Highway to Heaven. 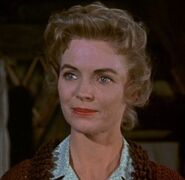 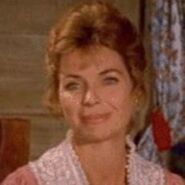 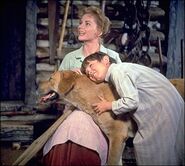 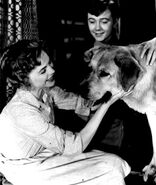 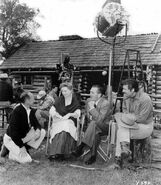 Add a photo to this gallery
Retrieved from "https://disney.fandom.com/wiki/Dorothy_McGuire?oldid=4568531"
Community content is available under CC-BY-SA unless otherwise noted.