Dottie first appears checking on Dusty after he gets a mechanical problem. She notices that he had worn out his main oil seal, which would occur from going at fast speeds, making her aware that Dusty had been doing some practice on racing. Dusty quickly declines this, but the truth is immediately revealed after Chug talks out loud about Dusty's performance. Feeling unhappy, Dottie tries to warn Dusty about that with being a crop duster, he is not built to race, adding that if he pushes it too far, he will get technical problems and crash. Dusty is left surprised after Dottie does acts out of him crashing in an orphanage which terrifies Chug, but still does not change his mind, saying that it would be why she is needed to come with him and Chug to the Wings Around the Globe qualifier. 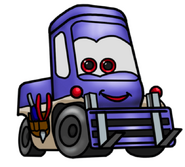 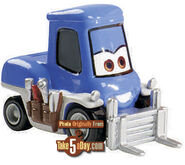 Retrieved from "https://disney.fandom.com/wiki/Dottie_(Planes)?oldid=3858736"
Community content is available under CC-BY-SA unless otherwise noted.