Images of Doctor Facilier from The Princess and the Frog. 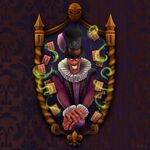 Concept art for The Princess and the Frog Funko Pop figures.
Add a photo to this gallery

A plan begins to form with Doctor Facilier.

"Don't you disrespect me, little man!"

"And I've got friends on the other side."

"I'm a royal myself on my mother's side."

Facilier, in costume, sees Naveen in his frog form escaping

"Fun fact about voodoo, Larry: Can't conjure a thing for myself."

"Besides, you and I both know the real power in this world ain't magic."

"Aren't you tired of living on the margins while all those fat cats in their fancy cars don't give you so much as a sideways glance?"

"Your little slip-up will be a minor bump in the road so long as we've got the prince's blood in this."

Facilier bargaining with his "friends".

"Seems our little froggy prince lost his way...and I need your generous assistance gettin' him back."

If you look REAL closely, you can see Jack Skellington as one of the shadows.

"NOW we're cookin'! We gonna find ourselves a frog!"

"Search everywhere! The bayou, the Quarter! Bring him to me alive! I need his heart pumping! ...for now."

"We are back in business, boys!"

Facilier prepares to kill Big Daddy as the vows begin to be stated.

Facilier enraged to see the real Naveen push Larry off the float.

"Get your royal rump back on that wedding cake and finish this deal!"

"Now ain't this a whole lot better than hoppin' round the bayou for the rest of your life?"

"Now you're gonna spin the rest of your life bein' a slimy little frog!"

"NO! NO!" Facilier horrified to see Tiana smash his medallion.

"How am I ever gonna pay back my debt?!"

Facilier being dragged away into the voodoo world

Facilier's tombstone
Add a photo to this gallery

Facilier in The Princess and the Frog 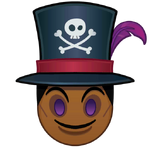 Doctor Facilier and some other Disney Villains at one of the Disney parks.

Dr. Facilier in Disney on Ice: Dare to Dream

Facilier with Naveen at one the Disney Parks 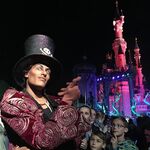 DisneylandParis - Dr. Facilier - It's good to be bad

Facilier in Midship Detective Agency
Add a photo to this gallery 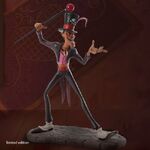 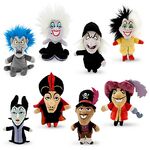 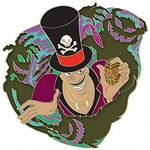 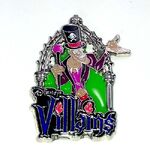 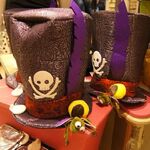 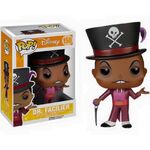 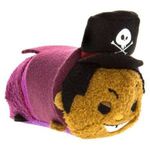 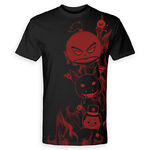 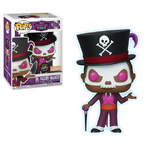 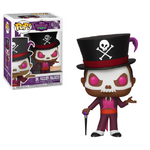 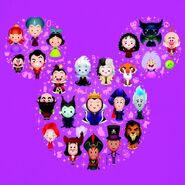 An illustration of recent Disney Villains from the Walt Disney Animation building at Disney's Hollywood Studios (circa 2014). 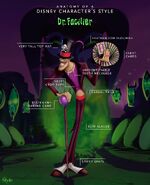 Add a photo to this gallery
Retrieved from "https://disney.fandom.com/wiki/Dr._Facilier/Gallery?oldid=3991832"
Community content is available under CC-BY-SA unless otherwise noted.