Christian
Drew Struzan is an American artist known for having drawn more than 150 movie posters, which include all the films in the Indiana Jones, Back to the Future, Rambo, and Star Wars film series. He has also painted album covers, collectibles, and book covers.

Struzan was hired to illustrate the movie poster for the 1990 animated film DuckTales the Movie: Treasure of the Lost Lamp.

When Struzan was hired to create the Indiana Jones Adventure: Temple of the Forbidden Eye attraction poster, Disney did not have the rights to use Harrison Ford's likeness. Struzan personally called Ford to request permission to paint his likeness, which the actor granted.

"When Disney licensed Lucasfilm for the Indiana Jones ride [Temple of the Forbidden Eye], it did not secure the rights to Harrison Ford's likeness. So, when it came to the poster, my take on it was, gee, if I painted Indiana Jones and don't put Harrison's likeness on it, I'll look like a fool, like I couldn't do it. So I got his phone number and called him up to ask for his permission. He had just the gentlest Indy voice you ever heard. I told him the situation and his response was, 'If you're painting it then you go right ahead." [1]

After Struzan painted the cover art for the Beauty and the Beast soundtrack, Disney CEO Michael Eisner reportedly remarked that he wished it had been used as the movie poster.[2]

Struzan's posters for Indiana Jones and the Last Crusade and Adventures in Babysitting were homaged for the "A" cover to DuckTales #4 and the "B" cover to Darkwing Duck #17, respectively.

DuckTales the Movie: Treasure of the Lost Lamp

Angels in the Outfield 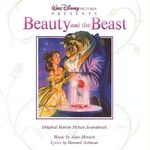 Beauty and the Beast (soundtrack)

Pocahontas lithograph made for 1992 Disneyana convention

Retrieved from "https://disney.fandom.com/wiki/Drew_Struzan?oldid=3870941"
Community content is available under CC-BY-SA unless otherwise noted.