DuckTales is an animated television series produced by Disney Television Animation that premiered on September 18, 1987 and ended on November 28, 1990. The series was was rebooted in 2017.

The show stars Donald Duck's rich uncle, Scrooge McDuck. He is put in charge of his nephews, Huey, Dewey, and Louie. Meanwhile, Donald leaves Duckburg for an extended time to join the Navy. The main characters include Scrooge, Huey, Dewey, and Louie, along with newly created characters Webby Vanderquack, Bentina Beakley, Launchpad McQuack, and Duckworth, as well as classic villains from the comic books, like the Beagle Boys band, Magica De Spell, and Flintheart Glomgold. Huey, Dewey, and Louie live with Scrooge in his mansion.

The theme song for the series was written (words & music) by pop music songwriter, Mark Mueller, who also wrote the theme song for Chip 'n Dale Rescue Rangers. Both theme songs were performed by Jeff Pescetto. Ron Jones composed the music for the show's episodes.[1]

The show follows the adventures of Scrooge McDuck, Huey, Dewey, and Louie, as they travel the world or solving everyday chaos.

The nephews, who were originally living with their uncle Donald Duck, are left in Scrooge's care when the former joins the Navy. Though Scrooge is the wealthiest duck in the world, he constantly tries to find ways to increase his wealth. In order to deal with the three kids featuring into his life, Scrooge hires caretaker Mrs. Beakley, who brings along grandaughter Webby Vanderquack. Many episodes involve him protecting his wealth from villains who want to rob him of all his money. The prominent recurring antagonists in the show include the Beagle Boys and Magica De Spell, who are always finding ways to rob and swindle Scrooge and his nephews. Scrooge's rival in the show is Flintheart Glomgold, who always tries to devise plans to dethrone Scrooge from his "Richest Duck in the World" title. A few of the stories also surround Scrooge's "Number One Dime", which is the source of Scrooge's good luck and wealth. Scrooge keeps the dime under a glass dome in his money vault and constantly protects it from the villains.

The show's second season saw the addition of new characters, most notably Fenton Crackshell (Gizmoduck) and Bubba the Cave Duck. Along with them came stories that generally shifted away from the globe-trotting plots of the first season and revolved primarily around the contemporary setting of Duckburg. Some episodes would prominently feature either Bubba or Fenton, but rarely both.

Although Scrooge and his nephews are the show's main characters, some episodes focuse on other characters like, Launchpad McQuack or Gyro Gearloose. Some members of Scrooge's extended family, like Gladstone Gander, also make appearances in the series. Characters like Gladstone were often seen in the early Carl Barks comic book stories. Some episodes are based upon Carl Barks' comic stories or simply have elements from such stories. For example, the episode "The Unbreakable Bin" is based on Barks' story "The Unsafe Safe".

The series is notable for being the first Disney animated television series to be produced for syndication, paving the way for future Disney animated TV shows, such as Chip 'n Dale Rescue Rangers, TaleSpin, and Darkwing Duck, the latter of which is considered to be a crossover with DuckTales.

A world broadcast premiere television movie (entitled "The Treasure of the Golden Suns") first aired during the weekend of September 18–20, 1987 (date and time varied by market). Since then, it has been shown in the series' regular rotation as a five-part serial. A feature-length movie was released in theaters on August 3, 1990.

Two more five-part serials, "Time is Money" and "Super DuckTales", premiered as television movie specials in November 1988 and March 1989, respectively. The rest of the second season (Autumn 1989 - Winter 1989) included an additional 18 episodes. In the second season, new characters, such as Bubba the Cave Duck and his pet triceratops Tootsie and Fenton Crackshell and his power-suited alter-ego Gizmo Duck were introduced.

DuckTales the Movie: Treasure of the Lost Lamp was released theatrically in August of 1990. Seven final episodes premiered in Autumn 1990 (including three produced for season two but held back for airing and four produced explicitly for season three), bringing the total up to 100 episodes, making DuckTales one of the longest-running Disney shows in terms of the number of episodes produced (before Mickey Mouse Clubhouse, Phineas and Ferb, Wizards of Waverly Place, and Handy Manny overtook it).

Chip 'n Dale Rescue Rangers was paired with DuckTales in an hour-long syndicated block during the 1989-1990 television season. In the 1990-1991 season, Disney expanded the idea even further, creating The Disney Afternoon―a two-hour-long syndicated block of half-hour animated TV shows. DuckTales was one of the early flagship shows in that block. It concluded in The Disney Afternoon on September 1992.

On October 2, 1995, DuckTales began airing its reruns on The Disney Channel as part of a two-hour programming block called "Block Party" which aired on weekdays in the late-afternoon/early-evening and which also included Darkwing Duck, TaleSpin, and Chip 'n Dale Rescue Rangers. DuckTales aired on Disney Channel until 2000. The show began airing on Toon Disney on September 3, 1999 with a 7-hour marathon followed by an airing of the movie.

The show currently airs on:

Huey, Dewey, and Louie appeared in the drug prevention TV special Cartoon All-Stars to the Rescue. Scrooge and Launchpad appeared in the short-lived animated series Raw Toonage, which originally aired on CBS in the 1992-1993 season.

The show was the most successful of Disney's early attempts at creating high-quality animation for an animated TV series (earlier shows included The Wuzzles and Adventures of the Gummi Bears in 1985). Disney invested a far greater amount of money into the TV series than had previously been spent on animated shows of the time. This was considered a risky move, because animated TV series were generally considered low-budget investments for most of the history of TV cartoons up through the 1980s. Most of the DuckTales episodes were animated in Asia by companies, such as Cuckoo's Nest Studios, Wang Film Productions of Taiwan, and Tokyo Movie Shinsha of Japan.

The studio took a number of risks during the 1980s that paid off handsomely and DuckTales was one of those risks that won big. The studio gambled on the idea that a larger investment into quality animation could be made back through syndication — a concept that worked well with live-action TV reruns, but which had only been used with inexpensive cartoon series that either recycled theatrical shorts from decades past or only featured limited, low-budget animation.

The show was successful enough to spawn a theatrical feature film (DuckTales the Movie: Treasure of the Lost Lamp) and two spin-off series (Darkwing Duck and Quack Pack). The success of DuckTales also paved the way for a new wave of high-quality animated TV series, including Disney's own The New Adventures of Winnie the Pooh in 1988.

The show's first season (which consists of the first 65 episodes) was made available on Amazon Prime, but became unavailable as of 2013. The first two seasons of the series are currently available as Disney Movie Club exclusives for those who have signed up for the service. However, the entire series (except for the episode "Sphinx for the Memories") was made available for purchase on digital on Amazon Instant Video in 2016 in the SD format in addition to being released on Google Play and iTunes.

The entire series is also currently available on Disney+, without cuts, except for two episodes ("Sphinx for the Memories" and "Launchpad's Civil War", despite the fact that both episodes were released on VHS in the 1980s and on DVD in 2005), where the episodes are divided into 3 seasons, according to the first digit of the production code, and sorted by its premiere date.

Main article: DuckTales the Movie: Treasure of the Lost Lamp

On February 25, 2015, it was announced that an all-new version of the show will be aired on Disney XD in 2017, making it the first Disney Afternoon show to get revived. It was released on Google Play and ITunes on August 2017.

In May 2015, Terry McGovern (the original voice of Launchpad McQuack) stated on Facebook that the entire voice cast would be replaced, stating he felt "heartsick" at the news.[2] 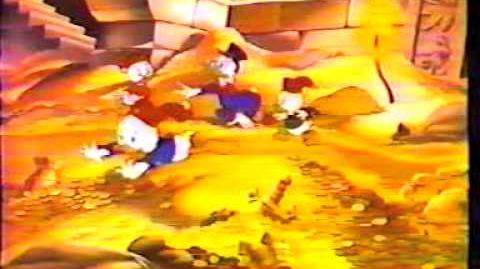 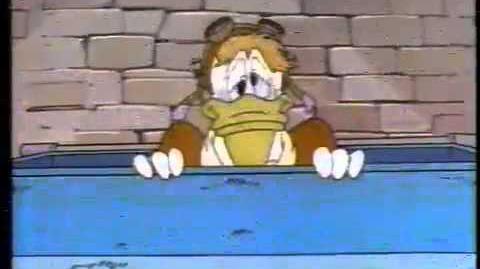 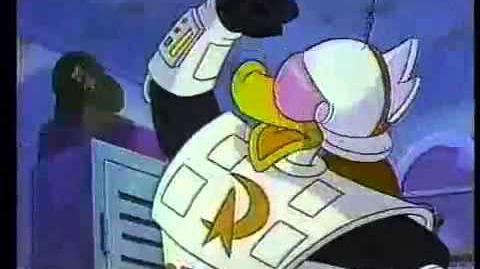 The Disney Wiki has a collection of images and media related to DuckTales.