Disney Wiki
Register
Don't have an account?
Sign In
Advertisement
in: Films, Live-action films, Films about animals,
and 11 more
English

$352 million
Dumbo is a 2019 live-action film distributed by Walt Disney Pictures and a live-action retelling of the 1941 animated movie of the same name, which in turn was based on the book by Helen Aberson and Harold Pearl. Written by Ehren Kruger and produced by Justin Springer, it was directed by Tim Burton.

In 1919, equestrian performer and World War I veteran Holt Farrier returns after the war to the Medici Brothers' Circus, run by Max Medici. However, the circus has run into financial troubles and Medici has been forced to sell their horses, so he reassigns Holt as the caretaker for their pregnant elephant, Jumbo. She gives birth to a calf with abnormally large ears and Medici orders Holt to hide them before he'll allow the public to see the calf. However, the calf accidentally reveals them in his debut performance. The crowd mockingly names him Dumbo and pelts him with peanuts and other objects. Jumbo is distressed by his treatment and rampages into the ring causing extensive damage and accidentally killing an abusive handler. Afterwards, Medici sells her in order to prevent a public relations disaster. Holt's children, Milly and Joe, comfort Dumbo and realize he can fly by flapping his ears. They also discover that feathers are the key to his willingness to fly.

In another performance, Dumbo plays the role of a firefighter to put out a fire with water sprayed from his trunk. However, the performance goes wrong and he is trapped on a high platform surrounded by flames. Milly risks her life to deliver a feather to him, giving him the confidence to fly. The audience is astounded when he begins to fly, and word of him begins to spread.

V.A. Vandevere, the owner of Dreamland Amusement Park, approaches Medici and proposes a collaboration. Medici would become Vandevere's partner and the Medici Brothers' Circus' troupe would be employed to perform at Dreamland. Later, Vandevere demands that Dumbo should fly with trapeze artist Colette Marchant on his back. However, their debut performance at Dreamland goes wrong with him nearly falling off a high platform leading to him trumpeting in alarm. He hears Jumbo's call in response and realizes that she is an exhibit elsewhere in Dreamland. He flies out of the circus ring and reunites with her.

Fearing that Jumbo may become a distraction to Dumbo, Vandevere orders her to be taken away and killed. He also fires all of the Medici troupe. When Holt and the rest of the Medici troupe learn Vandevere intends to kill Jumbo, they resolve to set both her and Dumbo free. The Medici troupe utilize their various talents to break Jumbo out of her enclosure while Holt and Colette guide Dumbo to fly out of the circus. Vandevere attempts to stop them, but accidentally starts a fire triggered by mismanagement of the electricity system which spreads and destroys Dreamland.

Holt, Milly, Joe, Colette, and the Medici troupe bring the elephants to a port where Dumbo and Jumbo board a ship back to their native home. Implying that Vandevere was convicted of arson through misconduct, the Medici Brothers' Circus is reestablished as the Medici Family Circus, which flourishes while Dumbo and Jumbo reunite with a herd of elephants in the jungle.

In March 2017, it was reported that Eva Green was in talks to play a trapeze artist.[5] Shortly after this report, Danny DeVito was cast as a ringmaster named Medici.[6] A few weeks later, Colin Farrell had entered negotiations to play the role of Holt, a father of two children who befriend Dumbo.[7] Will Smith was originally offered for the role, but turned it down due to "scheduling conflicts" on other projects and would later sign on for the live-action remake of Aladdin, taking the role of Genie instead. Chris Pine and Casey Affleck were also considered for it.[8][9] On April 4, 2017, Michael Keaton entered talks to star as the villain.[10] On June 26, 2017, he officially confirmed his involvement with the film.[11] Before he was cast as V.A. Vandevere, Tom Hanks was originally considered for the role.[8]

The film was released by Walt Disney Studios Home Entertainment on DVD, Blu-ray, and 4K Ultra HD Blu-ray on June 25, 2019.

The film received an approval rating of 46% on Rotten Tomatoes, based on 364 reviews, with an average rating of 5.50/10. Its consensus reads, "Dumbo is held partly aloft by Tim Burton's visual flair, but a crowded canvas and overstretched story leave this live-action remake more workmanlike than wondrous".

Differences from the 1941 film 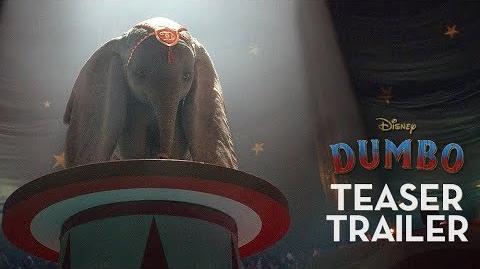 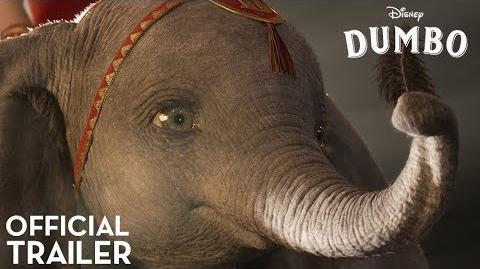 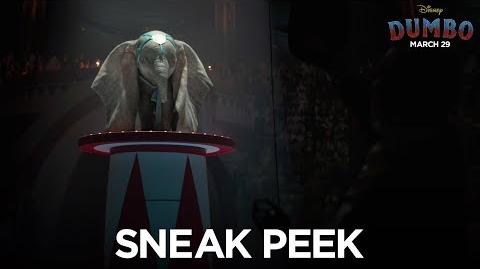 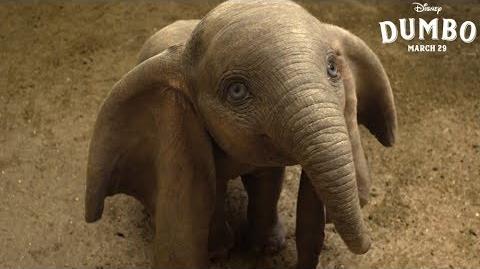 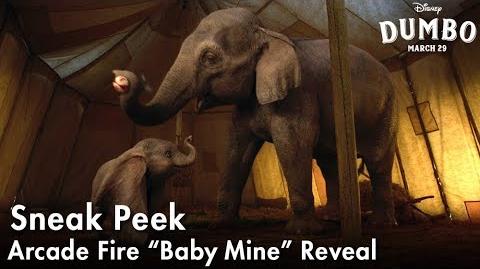 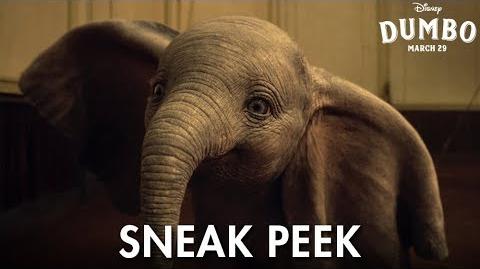 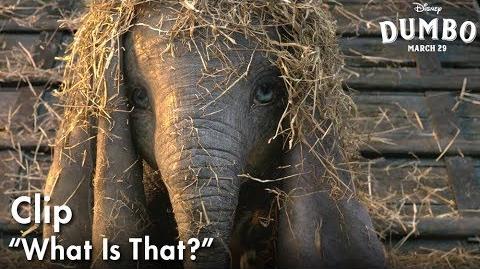 Dumbo "What Is That?" Clip 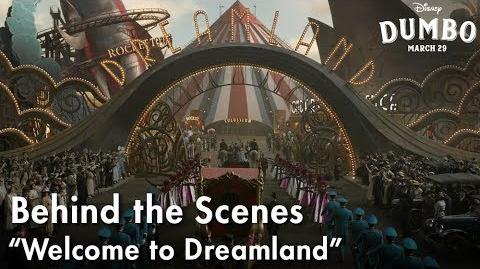 "Welcome to Dreamland" Behind the Scenes of Disney's Dumbo

The Disney Wiki has a collection of images and media related to Dumbo (2019 film).