Disney Wiki
Register
Don't have an account?
Sign In
Advertisement
in: Schools, Buildings, Dog with a Blog, Locations 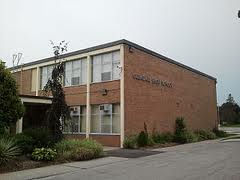 East Glendale High School is a high school in California that appeared in Dog with a Blog.

Not much is known about it, but East Glendale has a rivalry with the school Avery and Tyler go.

Their football team are the East Glendale Razorbacks.