Claire and Sophia
Edward Leonard "Ed" O'Neill Jr. is an American actor, voice actor, and comedian who is best known for his role as Al Bundy on the Fox sitcom Married... with Children from 1987 to 1997, and as Jay Pritchett on the ABC comedy series Modern Family from 2009 to 2020.

For Disney, he voiced Grandpa in the Kick Buttowski: Suburban Daredevil episode "Truth or Daredevil", and Mr. Litwak in the 2012 animated film Wreck-It Ralph and reprised his role in the 2018 sequel Ralph Breaks the Internet. He also played George Denver in the 1989 Touchstone Pictures film Disorganized Crime, Bill Dellinger in Prefontaine, Matt in the 8 Simple Rules episode "Old Flame", and Mayor Thompson in the Handy Manny episode "Great Garage Rescue". He even voiced Hank in Finding Dory and in Disney Infinity: 3.0 Edition.

On April 1, 2016, Ed O'Neill was featured with Andrew Stanton as part of an April Fool's joke. The joke involved deceiving viewers into believing that, Ed O'Neill's character from Finding Dory, Hank, was the oldest and most coveted Pixar Easter Egg in history. 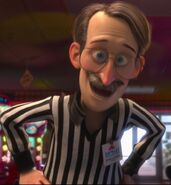 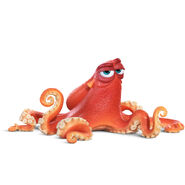 Ed O'Neill at his Hollywood Walk of Fame ceremony in August 2011.

Ed O'Neill at premiere of Wreck-It Ralph in October 2012.

Ed O'Neill behind the scenes of Finding Dory.

Ed O'Neill at Finding Dory premiere in June 2016.
Add a photo to this gallery
Retrieved from "https://disney.fandom.com/wiki/Ed_O%27Neill?oldid=4208402"
Community content is available under CC-BY-SA unless otherwise noted.