1926-1970
Eleanor Audley (née Zellman) was an American actress and voice actress, who was a familiar radio and animation voice, in addition to her TV and film roles. For many, she provided Disney animated features with their most outstanding and memorable villainess voices.

In the animated film industry, she was best known as the voices of the evil stepmother Lady Tremaine in the 1950 Disney animated feature film, Cinderella and the wicked fairy Maleficent in the Disney 1959 animated feature film, Sleeping Beauty. For both films, animator Marc Davis created the characters' facial features to resemble Audley.

She also provided the voice of Madame Leota in the Haunted Mansion attractions in Disneyland and Walt Disney World, speaking the memorable lines, "Rap on a table. It's time to respond. Send me a message from somewhere beyond!"

Both of the animated characters she voiced were portrayed years later by Angelina Jolie and Cate Blanchett in the live-action films: Maleficent and Cinderella.

Outside of Disney, Audley was known for her radio roles in Escape, Suspense, The Story of Dr. Kildare, My Favorite Husband, and Father Knows Best. Her television credits include I Love Lucy, The Real McCoys, The Twilight Zone, Dennis the Menace, Perry Mason, The Dick Van Dyke Show, The Beverly Hillbillies, Mister Ed, Hazel, My Three Sons, Pistols 'n' Petticoats, and Green Acres.

She died of respiratory failure on November 25, 1991, six days after her 86th birthday. 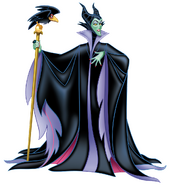 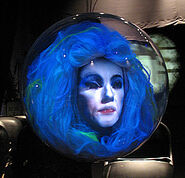