Disney Wiki
Register
Don't have an account?
Sign In
Advertisement
in: Article of the week, Television spin-offs, Elena of Avalor,
and 8 more
English

“Becoming a leader will be her greatest adventure.”
―Tagline

Elena of Avalor is an animated television series that premiered on July 22, 2016 on Disney Channel before eventually moving to Disney Junior in January 2017. The series is about a Latina princess and her family. Elena of Avalor takes place in the same universe as Disney Junior's TV series, Sofia the First, which is a first for Disney.

Teenage Princess Elena has saved her magical kingdom, Avalor, from an evil sorceress and must now learn to rule as its crown princess. Elena's adventures will lead her to understand that her new role requires thoughtfulness, resilience, and compassion, the traits of all truly great leaders. Since she is still only 16 years old, she has a Grand Council composed of her grandparents, her older cousin Chancellor Esteban, and her new friend, Naomi, to give her guidance along the way. Elena also looks to her younger sister Isabel, her friends Mateo and Gabe, and a trio of magical flying creatures called Jaquins for guidance and support.

Princess Elena of Avalor, a confident and compassionate teenager in an enchanted fairy tale kingdom inspired by diverse Latin cultures and folklore, will be introduced in a special episode of Disney Junior's hit TV series Sofia the First beginning production now for a 2016 premiere. That exciting story arc will usher in the 2016 launch of the animated series, Elena of Avalor, a production of Disney Television Animation. The announcement was made today by Nancy Kanter, Executive Vice President and General Manager, Disney Junior Worldwide.

The role of 16-year-old Princess Elena, the bold, caring, funny, and clever ascendant to the throne in the fairy tale Kingdom of Avalor, will be voiced by Aimee Carrero (ABC Family's Young & Hungry).

Kanter said, "Our creative team has delivered a universal story with themes that authentically reflect the hopes and dreams of our diverse audience." She continued, "What excites us most is the chance to use distinctive animation and visual design to tell wonderful stories influenced by culture and traditions that are familiar to the worldwide population of Hispanic and Latino families and reflect the interests and aspirations of all children as told through a classic fairy tale."

As with all Disney Junior TV programming, Elena of Avalor stories will be guided by an established curriculum that nurtures multiple areas of child development: physical, emotional, social, and cognitive; thinking and creative skills, as well as moral and ethical development. Created for kids age 2-7 and their families, the stories are designed to communicate positive messages and life lessons that apply to young children about leadership, resilience, diversity, compassion, and the importance of family and family traditions.

The series will be presented in 25 languages on Disney Junior channels and daily programming blocks for kids aged 2-7 on Disney Channels, among other platforms, in 154 countries worldwide. On television alone, its estimated daily reach will be over 207 million households.

Princess Elena's journey began long ago when her parents and kingdom were taken from her by the evil sorceress, Shuriki. Elena bravely faced the sorceress to protect her little sister, Princess Isabel, and grandparents, but in the process, her magical amulet pulled her inside its enchanted jewel, saving her life, but imprisoning her at the same time. Decades later, Princess Sofia of Enchancia discovers the truth about the amulet she has worn since joining her royal family and sets out to restore Elena to her human form and help her return to the Kingdom of Avalor.

While Elena is the rightful heir to the throne, she is only 16, so she will rule Avalor with the help of a Grand Council comprised of her grandparents, Francisco and Luisa, Duke Esteban, and Naomi Turner.

With some magical friends by her side — Mateo, a wizard-in-training, and Skylar, a magical flying creature — Princess Elena's further adventures will lead her to understand that her new role requires thoughtfulness, resilience, and compassion; the traits all truly great leaders have.

Elena of Avalor is executive-produced by Craig Gerber (of the Emmy Award-nominated Sofia the First). Silvia Cardenas Olivas (Moesha, The Brothers Garcia), an alumna of the National Hispanic Media Coalition's Television Writers Program, is the story editor, and Elliot M. Bour (The Little Engine That Could) is the supervising director. The TV series' cultural advisors are Doris Sommer, Harvard University professor and Director of Graduate Studies in Spanish; and Marcela Davison Aviles, Managing Director and Executive Producer, El Camino Project, an international Latino arts initiative.

The series is a spin-off of Sofia the First, which has delivered the two highest-rated telecasts in cable TV history among Kids 2-5 and Girls 2-5, and the #2 preschooler cable TV telecast ever in Total Viewers, Adults 18-40, and Women 18-49.

Disney Junior reflects the emotional connection generations of consumers have to Disney storytelling and Disney characters, both classic and contemporary. It invites mom and dad to join their child in the Disney experience of magical, musical, and heartfelt stories and characters while incorporating specific learning and development themes designed for kids age 2-7. Disney Junior's series blend Disney's unparalleled storytelling and characters kids love deeply with learning, including early math, language skills, healthy eating and lifestyles, and social skills. In the U.S., Disney Junior is a daily programming block on Disney Channel and a 24-hour channel. There are 34 Disney Junior channels in 25 languages around the world.[1]

The Disney Wiki has a collection of images and media related to Elena of Avalor. 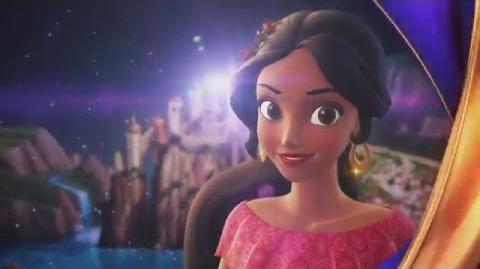 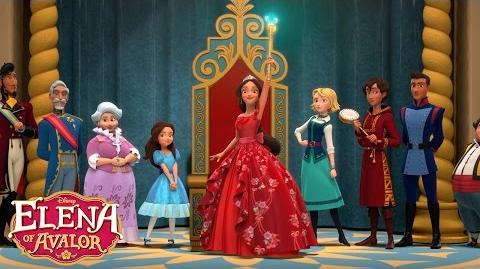 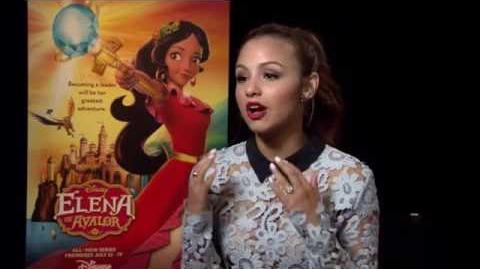 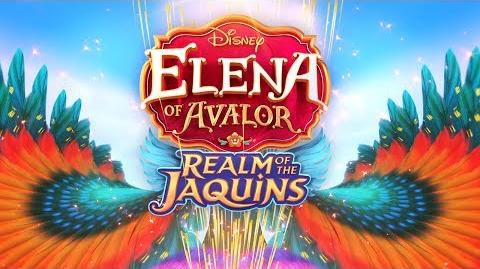 Realm of the Jaquins Trailer - Elena of Avalor 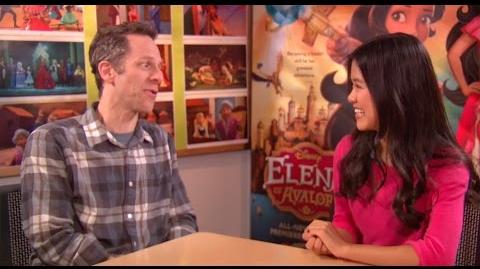 Disney 365 Interview with Craig Gerber, Creator of Elena of Avalor 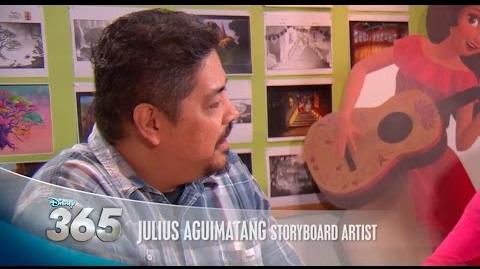 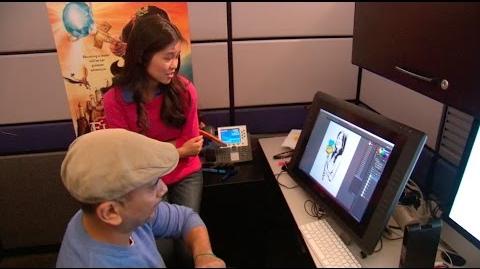