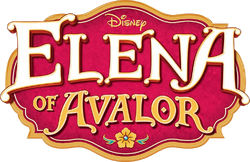 The following episodes of Elena of Avalor are listed in the order of their original airing.

The series premiered on July 22, 2016 with the episode "First Day of Rule" on Disney Channel, along with "Model Sister". The first episode was made available for verified users on the Disney Channel app and Disney Channel VOD platforms on July 1, 2016.

The special was originally planned to premiere on July 22, 2016 but for some reason was rescheduled for November 20 and "First Day of Rule" premiered in its place.

A short series titled Elena of Avalor: Adventures in Vallestrella premiered on Disney Junior on October 14, 2017, starring Elena and Isabel as they help baby Jaquins in Vallestrella. A second short series titled Scepter Training with Zuzo premiered on February 24, 2018 on Disney Junior. In the shorts, Zuzo trains Elena in using Scepter of Light's magic.

Following the premiere of the television movie "Song of the Sirenas", Disney Junior released a series of shorts titled The Secret Life of Sirenas which delves deeper into the everyday lives of the Sirenas.

Following the premiere of the television movie, "The Magic Within", Disney Junior releases a series of shorts titled Discovering the Magic Within, which premiered on October 14, 2019.