Active
Enfys Nest is a supporting character in Solo and is initially falsely presented as its main antagonist. She is a brave and noble member of the yet-to-be-officially-founded Rebel Alliance who pretends to be a dangerous marauder in order to mask her true objectives. Once she clarifies who she is and her intentions, she helps Han Solo defeat Dryden Vos and Tobias Beckett. Later, she offers Han a position in the Rebel alliance, but Han declines. Han would eventually join the rebellion many years later and become one of its leaders. 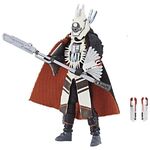 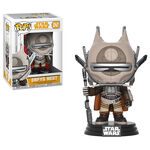