Erik Thomas von Detten is an American former actor and voice actor who provided the voice of the villainous toy-destroyer Sid Phillips in the Disney/Pixar hit movie Toy Story.

Known for his roles in Escape to Witch Mountain, Toy Story, Brink!, The Princess Diaries, Complete Savages, and So Weird, one of Erik von Detten's earliest roles was Nicholas Alamain on the daytime soap opera Days of Our Lives from 1992 until 1993, appearing in 55 episodes. 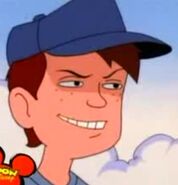 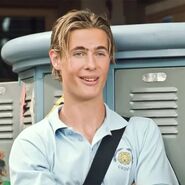 Flynt
(Tarzan)
Add a photo to this gallery

Retrieved from "https://disney.fandom.com/wiki/Erik_von_Detten?oldid=4112623"
Community content is available under CC-BY-SA unless otherwise noted.