Bubbles the fish
Ernest Otter is the husband of Opal Otter and the father of Peanut, Jelly, and Butter. He met Opal when he moved to Lake Hoohaw from the city. At first, Opal was apprehensive to give him a chance, but the two soon fell in love. While Ernest can sometimes be a little goofy, Peanut, Butter, and Jelly still look up to him as a good father.  Ernest owns and maintains his own general store boat called "Dad's General Store". He has sold a number of things there, from Peanut's shoes to Pompaloafers. Ernest was taught how to run the store by Captain Camel.

Opal and Ernest meet for the first time. 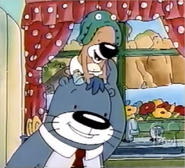 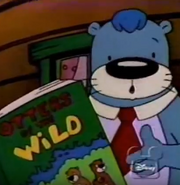 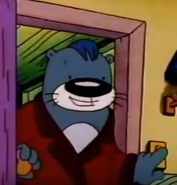 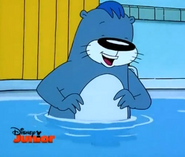 Retrieved from "https://disney.fandom.com/wiki/Ernest_Otter?oldid=4327457"
Community content is available under CC-BY-SA unless otherwise noted.