Ernesto entertains people on a train

Ernesto singing Remember Me on stage

Ernesto crushed by a huge bell

Ernesto saving Miguel from drowning in his pool

"I have a great-great grandson?"

Ernesto being hugged by Miguel

Hector watches a film of Ernesto playing the protagonist who nearly gets poisoned.

"When we're this close to reaching our dream?!"

"I can't do this without your songs, Hector!"

He quickly composes himself

"I'm sending you off with a toast."

"I would move Heaven and Earth for you, mi amigo."

"Perhaps it was that chorizo, my friend."

Ernesto watches as Hector succumbs to the poison

Ernesto steals Héctor's photo by putting it in his pocket

"Success doesn't come for free, Miguel. You have to be willing to do whatever it takes to..."

Ernesto bolts down the hallway

"Get her off the stage!"

Ernesto enraged by all the applause Imelda's getting

Ernesto in a forced duet with Imelda to get Héctor's photo

Imelda stomps on Ernesto's foot to grab Hector's photo from him

"You're not going anywhere!"

"I've worked too hard, Hector. Too hard to let him destroy everything."

A live footage of Ernesto ranting out against Miguel and the Rivera family, thus unknowingly exposing his true colors to the horrified audience

"You think I'd let him go back to the Land of the Living with your photo? To keep your memory alive? No!"

"I am Ernesto de la Cruz, the greatest musician of all time!"

Miguel: "Héctor's the real musician! You're just the guy who murdered him and stole his songs!"

"I'm the one who's willing to do whatever it takes to seize my moment..."

Ernesto throws Miguel off the building

Ernesto, Imelda, and the other deceased Riveras watch Miguel fall

"Apologies, old friend. But the show must go on."

Ernesto straightens himself up

"Ha-ha!"
Ernesto returns to the stage...

Ernesto's smile fades as the audience continues to boo him

The conductor snaps his baton in two without a word

Ernesto pelted with a tomato

Ernesto pelted with more food the audience throws at him

Ernesto realizes that he exposed his own crimes to the audience

Ernesto confronted by furious Pepita for his heinous actions

Ernesto collides head-first with the bell

Ernesto gasps as he notices the bell about to come loose

Ernesto crushed by the bell once again

Ernesto's tomb with a "forget you" sign for his crimes against the Rivera family, therefore tarnishing Ernesto's legacy, permanently
Add a photo to this gallery 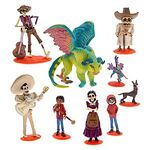 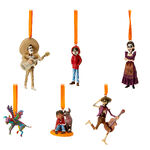 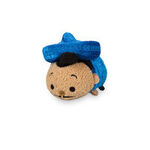 Ernesto de la Cruz in Disney Magic Kingdoms
Add a photo to this gallery
Retrieved from "https://disney.fandom.com/wiki/Ernesto_de_la_Cruz/Gallery?oldid=4073448"
Community content is available under CC-BY-SA unless otherwise noted.