Disney Wiki
Register
Don't have an account?
Sign In
Advertisement
in: Objects, Miles from Tomorrowland objects, Technology,
and 3 more

The Exo-Flex is a giant exosuit that appears in the Disney Junior animated series, Miles from Tomorrowland.

Used specifically for heavy duty missions, the Exo-Flex is designed to handle any kind of rough terrain on distant planets. The suit is capable of lifting heavy load, dig through craters and smash rocks and meteoroids. In hazardous conditions, such as lava, the Exo-Flex's armor is specially designed to handle high temperatures.

Operating the Exo-Flex can be considered difficult, especially for first timers, and requires a lot of practice. The key is to work with the suit. Kids have to be at a specific height to begin their Exo-Flex training. Once new Exo-Flex operators pass their training they are rewarded with a holo certificate that confirms their certification. 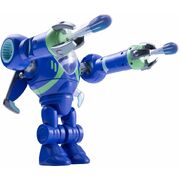 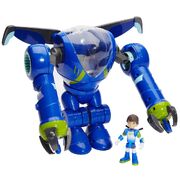 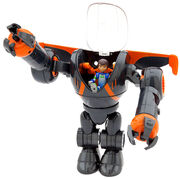