Experiments (the ones that are dehydrated into pods)
Various other characters

Experiment pods are little pods seen in in the Lilo & Stitch franchise, containing the experiments in their dehydrated form. Each pod is labeled with the experiment's number. Once a pod gets wet, the experiment will be activated, releasing them. The pods come in six different colors: red, blue, green, yellow, white, and purple. They have numbers written on them. 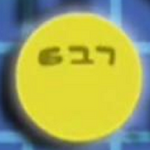 Four unspecified pods in "Dupe" that would be revealed to be Hammerface, Thresher, Heat, and Plasmoid

Various pods in Gantu's messy ship in "627", all of them blue and inexplicably having the "X-" prefix on them.