Music, spreading it around

This Firebird is a hero from the Epilogue of the Little Einsteins. For the villain, see: The Firebird from Fantasia 2000.

The Firebird is a magic bird that brings music to all of Russia.

In the story, Firebird was responsible for bringing all the music in Russia and always got away from Katschai. When Katschai finally captured her, he locked her up in a birdcage where she couldn't bring or make any music. Eventually, she was rescued by the Little Einsteins and went back to her duties. 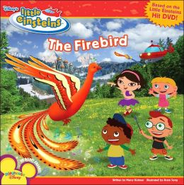 Firebird being locked up by Katschei 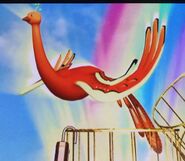