Disney Wiki
Register
Don't have an account?
Sign In
Advertisement
in: States, Flight of the Navigator, Walt Disney World Resort,
and 27 more

Florida is a state in the southeastern region of the United States, bordered to the west by the Gulf of Mexico, to the north by Alabama and Georgia and to the east by the Atlantic Ocean. Florida is the 22nd most extensive, the 3rd most populous, and the 8th most densely populated of the 50 United States. The state capital is Tallahassee, its largest city is Jacksonville, and the Miami metropolitan area is the largest metropolitan area in the southeastern United States.

Much of Florida is situated on a peninsula between the Gulf of Mexico, the Atlantic Ocean, and the Straits of Florida. Its geography is marked by a coastline, by the omnipresence of water and the threat of hurricanes. Florida has the longest coastline in the contiguous United States, encompassing approximately 1350 miles (2170 kilometers), and is the only state to border both the Gulf of Mexico and the Atlantic Ocean. Much of the state is at or near sea level and its terrain is characterized by sedimentary soils. The climate varies from subtropical in the north to tropical in the south. Its symbolic animals like the American alligator, Florida panther, and the manatee, can be found in the Everglades, one of the world's most famous national parks. It is also known as the theme park capital of the world.

Actors/Actresses and Crew born in Florida 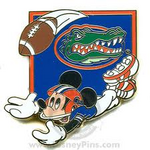 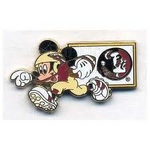 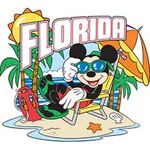 Florida, where Dumbo is set