2007-present
Flula Borg is a German actor, comedian, musician, and YouTube personality who is better known as DJ Flula or simply Flula (sometimes stylized as f|u|a). He currently lives in Los Angeles, California. Borg has appeared in several feature films, including Pitch Perfect 2, and a number of popular TV shows. He has collaborated with both well-known YouTubers, including Rhett and Link, Miranda Sings, Smosh, Jacksfilms, and many more, and mainstream celebrities such as Sir Mix-A-Lot, RZA, and Dirk Nowitzki. In 2015, he was named one of The Hollywood Reporter's Top 25 Digital Stars, as well as one of Variety's 10 Comics to Watch.

For Disney, Borg voiced Maybe in Ralph Breaks the Internet, Alfons in Tangled: The Series, Spice Baron in DuckTales, and Professor Harringbone in Amphibia. 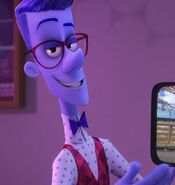 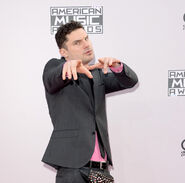