The Forest Animals are minor characters in Disney's 1959 film Sleeping Beauty. The only human character who seems able to speak to them is Aurora, whom they make it their priority to protect and help throughout the film. Deer, chipmunks, birds, rabbits, and squirrels inhabit the forest. The animals are primarily used to justify many of Aurora's lines; rather than talking to herself, she is addressing her animal friends. Like Snow White and Cinderella before her, Aurora is deprived of contact with the outside world, and therefore finds friendship in the animals around her due to living in the forest for most of her life.

They are first seen when Aurora goes to pick some berries. As she sings "I Wonder", a few of her friends join her as she daydreams. She expresses her deep sorrow that she has yet to meet anyone beyond the forest. She tells the animals of her constant dreams of meeting a prince, and they appear excited and happy for her. As she is distracted, a few of the animals, including the owl, a squirrel, a cardinal, a bluebird. and two rabbits sneak off where they take Prince Phillip's cape, boots, and hat. The animals clothed themselves and pose as a prince to encourage Aurora to pursue her dreams. As she dances with the animals, Phillip follows them where the animals are and watch intently as the two dance off together. After that, Phillip dances with Aurora. Soon it's getting late, because Aurora has to go back to the cottage. On the way, Aurora tells Phillip when to see herself again and where to find her. The animals each head home alone, and they never appear for the rest of the film.

Two of Aurora's friends, the cardinal and the bluebird, come visit her at the castle as the kings, the queen, and Phillip leave. They chirp and Aurora is undoubtedly able to understand them, commenting back.

The animals dressing up as Prince Phillip.

The animals with Aurora during Once upon a Dream.

The animals with Aurora and Phillip 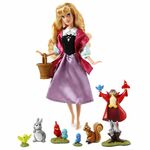 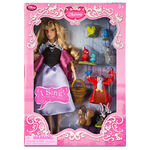 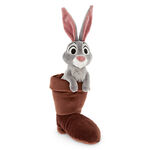 The Cardinal and Bluebird in Disney Princess Enchanted Tales 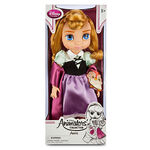 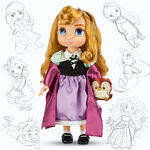 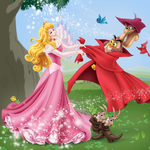 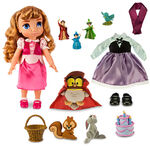 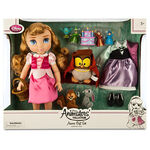 As the "Handsome Prince" badge in Disney Heroes: Battle Mode