Disneyland
"Four Tales on a Mouse"

Walt Disney takes us inside Mickey Mouse's photo album and explores the various relationships Mickey has had, including his friends Donald Duck and Goofy, his faithful dog Pluto and his girlfriend Minnie.

Walt recounts the time when Mickey was captain of a whaling expedition and gave Donald and Goofy more screentime to show off their talents. He then tells when Mickey trained Pluto to be a hunting dog and how his pointing skills became useful when picking out a Christmas tree. Walt also shows a romantic picture involving Mickey and Minnie in the Gay Nineties. Finally, he tells about how a birthday candle became a memento from some antics at Mickey's birthday party, where Minnie threw the cake at Mickey after an "incident" in her garden and called Goofy to make a new one. 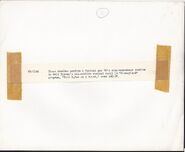 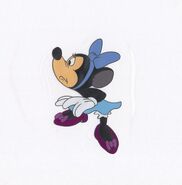 Add a photo to this gallery
Retrieved from "https://disney.fandom.com/wiki/Four_Tales_on_a_Mouse?oldid=3136934"
Community content is available under CC-BY-SA unless otherwise noted.