The small cave he lures the chickens, turkeys, geese, and ducks into

Failing, Cocky Locky
Foxy Loxy is the main antagonist of the 1943 animated short Chicken Little. His motive is to simply eat all of the birds living within the gated farm yard.

This sneaky character uses his Psychology book and his own manipulative abilities to lure the chickens, turkeys, geese, and ducks into his cave, where they would meet their inevitable doom.

He is one of the only few Disney villains who succeeds in his evil plans and does not suffer poetic justice in the end (not to mention teaches a lesson to viewers). 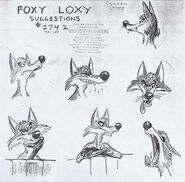 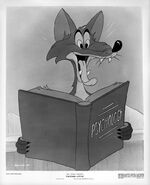 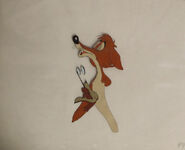