Disney Wiki
Register
Don't have an account?
Sign In
Advertisement
in: Locations, Countries, The Hunchback Of Notre Dame locations,
and 21 more
English

France, officially the French Republic (French: République Française), is a unitary semi-presidential constitutional republic in Western Europe with several overseas territories and islands. Metropolitan France extends from the Mediterranean Sea to the English Channel and the North Sea, and from the Rhine to the Atlantic Ocean. It is often referred to as l’Hexagone ("The Hexagon"), because of the geometric shape of its territory. It is the largest country in Western Europe and the third-largest in Europe as a whole, and it possesses the second-largest exclusive economic zone in the world, covering 11.035 million sq km (4.26 million sq mi), just behind that of the United States. Its capital is Paris.

Actors/Actresses and Crew born in France 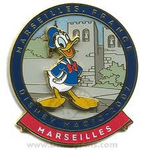 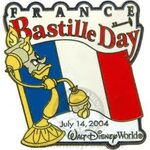 The flag of France