Remy
Franklin Barkin is a minor character from the television show Kim Possible. He appeared in the episode "Cap'n Drakken".

He is the father of Steven Barkin. He is the mayor of the living history museum of Port Mystic Cove Haven. He is speaks in an older English accent. He has a pet parrot named Remy. He also temporally replaced Mr. Littleton as the town blacksmith. He also acts as the town constable. He is a sailor and captain the ship that chased Captain Blackeye Brown's Ship. 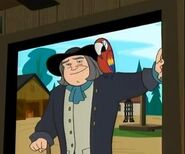 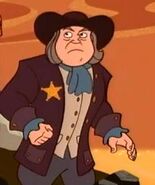 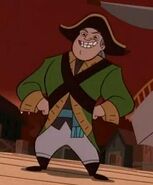