Frozen Fever is an animated short sequel to the 2013 film, Frozen. The short was announced on September 2, 2014 as part of The Story of Frozen: Making a Disney Animated Classic. It featured "Making Today A Perfect Day", a new and original song written by Kristen Anderson-Lopez and Robert Lopez.

The short premiered in theatres on March 13, 2015 alongside Disney's live-action film, Cinderella.

Elsa is super excited to celebrate the 19th birthday of her sister Anna, and intends for her sister's birthday to be perfect. Using her ice powers, Elsa attempts to create ice figurines on top of Anna's birthday cake: her final choice are figurines of Anna and Elsa ice-skating cheerfully together. Kristoff makes a banner, hung up across the castle courtyard, which reads "Happy Birthday Anna". Elsa and Kristoff spend all morning preparing everything. Before dashing off to wake up Anna, Elsa leaves Kristoff in charge of looking after everything until the guest of honor arrives.

Elsa tiptoes into Anna's bedroom and gently nudges her younger sister, who is still sleeping. Anna struggles to wake up but after being told about the day Elsa has planned for them, she immediately jumps out of bed. When Elsa sneezes, neither of the sisters notice that two tiny snowmen fall to the floor and scampered off. Starting off the day, Elsa uses her magic to create sparkly new dresses for each of them before heading out on a mystery tour which involves following a long string that Elsa had wound through the castle, leading Anna to different gifts. Inside a suit of armour, Anna finds a bracelet. Inside an armoire, she finds an Olaf cuckoo clock, and on a balcony, a bouquet of sunflowers. Elsa sneezes again and more little snowmen tumble to the ground, but still the girls don't notice. The snowmen scurry into the courtyard where Olaf finds them and is thrilled to see them. Anna and Elsa follow the string all over Arendelle. Along the way, Anna discovers more presents: a sandwich, family portrait, silk stockings, even a fishing pole. All the while, Elsa continues to sneeze and each time she does, more little snowmen appear and still the girls don't spot any of them. Anna is having a wonderful time but is concerned for Elsa's health. She feels she should go home and rest but Elsa declines. She leads Anna to Oaken's shop, where she presents her with one of Oaken's beautiful heavy cloaks. Then noticing her sneezing, Oaken presents them with a bottle of medicine, which Anna accepts gratefully, knowing they may need it. Next, Elsa takes Anna to the center of the village, where a children's choir sings for Anna.

Back at the courtyard, Kristoff, Sven, and Olaf try to keep things under control as more tiny snowmen run in, causing a lot of chaos and trouble for them. When Kristoff spots several little snowmen climbing up to the cake, he grabs Olaf's head like a bowling ball and takes aim. Olaf's head rolls into the snowmen, knocking them away from the cake. Suddenly, the little snowmen knock down the banner. Olaf manages to rehang the letters, but since he cannot read or spell, they spell "Dry Banana Hippy Hat" and then "Happy Hairy Ant Band".

Meanwhile, Elsa leads Anna to their last stop, where at the top of the clock tower was her last gift. Anna's arms are now overloaded with presents and Elsa's cold is getting worse. Anna insists that Elsa needs to rest, but she doesn't listen. Already she is feeling feverish as she climbs the stairs to the top of the tower to a point where she almost falls off the tower. Anna drops her gifts and rushes to catch her. She notices Elsa is burning up with a fever and needs to get into bed, which Elsa finally agrees to. As Anna escorts her home, Elsa apologizes to Anna for "ruining" another perfect birthday, but Anna tells her she hasn't, despite having a cold. Then as they enter the castle gates, Anna is surprised by Kristoff, Sven, Olaf, and the hundreds of little snowmen who present her with her birthday cake and a special birthday song. Caught up in the excitement of the song, Kristoff sings the loudest of all and bursting out "I love you, baby!", and becoming very embarrassed while a touched Anna grins at him happily. Though tired, Elsa insists on blowing the bukkehorn, and sneezes into it, launching a gigantic snowball all the way to the Southern Isles, where it hits Hans as he is shoveling manure at the royal stables (and the horses laughs at him).

Afterward, Anna helps Elsa to bed and thanks her for a great birthday and giving her the best present she could ever have: Elsa letting her take care of her. High on the North Mountain where stands the ice palace, Marshmallow is visited by Kristoff, Sven, and Olaf, who present to him a parade of the little snowmen who would now be living with him. Marshmallow looks on in confusion and then at Kristoff. Sighing heavily, Kristoff tells Marshmallow "Don't ask."

The short and its song were first announced on September 2, 2014 during ABC's one-hour special The Story of Frozen: Making a Disney Animated Classic.[1] Variety announced on the same day that the short's release would be in spring 2015 under the title "Frozen Fever", along with Lee and Buck coming back as directors, Peter Del Vecho returning as the producer, and Robert Lopez and Kristen Anderson-Lopez writing the song. The short's summary is as follows: "...it's Anna's birthday and Elsa and Kristoff are determined to give her the best celebration ever, but Elsa's icy powers may put more than just the party at risk." Olaf, the snowman, also made an appearance in the toon.[2][3][4] In a mid-October interview, Idina Menzel revealed that the cast had already recorded their vocal tracks: "We just worked on a short for Frozen."[5] On December 3, 2014, it was announced that Aimee Scribner would be a co-producer and that Frozen Fever would debut in theaters with Disney's live-action Cinderella film on March 13, 2015.[6][7] In late December, the directors told the Associated Press: "There is something magic about these characters and this cast and this music. Hopefully, the audiences will enjoy the short we're doing, but we felt it again. It was really fun."[8] At around the same time, Dave Metzger, who did the orchestration of the first film, stated that he was already doing work on Frozen Fever.[9]

The Disney animation crew used Hyperion, a new rendering system which was used for both Big Hero 6.[10]

The song in the short was revealed to be "Making Today a Perfect Day".[11] Josh Gad made an apology to parents at the El Capitan Theatre premiere of Frozen Fever and Cinderella for releasing another catchy song on their children[12], while his wife Ida Darvish noticed that he still hummed it only two days after his lines were recorded.[12]

It was first revealed by the directors during a March 2015 interview with BuzzFeed that Walt Disney Animation Studios came up with the possibility of a short in April 2014[13], but were reluctant due to wondering why Frozen became very successful. However, they made an agreement to begin possibilities of brainstorming.[13] Following early discussions focusing on Olaf, Marc Smith got an idea about what would happen if Elsa got a cold, which became the short's basis.[13] The short's production was revealed by Buck to have taken six months.[14] It started in June, and the directors came to the recording studio with the cast in August to put the vocal tracks down.[15] The short had more animator credits, due to all of the first film's animators wanting to do at least one shot of the short.[15] It then became tricky with making a tight time slot of the animation phase in fall 2014.[15]

The short was first released with Cinderella in theaters on March 13, 2015.[6][7] It will later be available on digital HD and Disney Movies Anywhere on August 11, 2015, before being released on the home video of Walt Disney Animation Studios Short Films Collection on August 18, 2015.[16] It was also included on the home video of Cinderella on September 15, 2015.[17] The short premiered on Disney Channel on November 29, 2015.[18]

The short was rated three out of four stars by USA Today's Claudia Puig, who described "Making Today a Perfect Day" as "pleasant"[11], adding that even though the short "is not as exhilarating and inventive as the original, it's still a treat to see an abridged tale of these two sisters in a warmhearted spinoff."[11] The song was also called "catchy and fun" by Natalie Jamieson, a writer for BBC News' Newsbeat.[19] Forbes' Scott Mendelson mentioned that the short was "cute" and "really sweet", opining that it "works just as well as a gorgeous and funny romp for those who just want to spend another five minutes in the world of Arendelle."[20] The song was said by The Hollywood News' Ket Smith to not be much catchy as "Let It Go", but that Elsa's sneeze effects would be loved by children.[21] 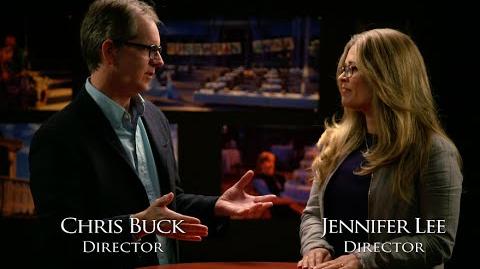 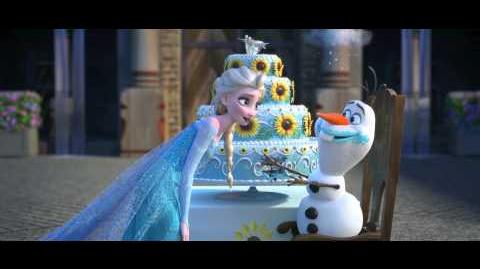 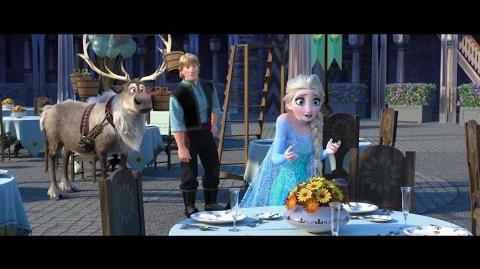 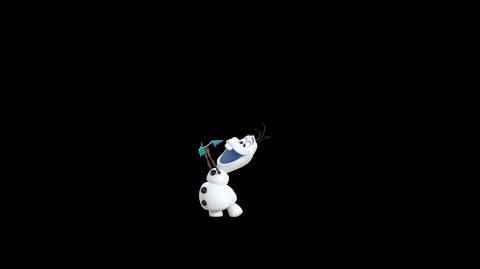 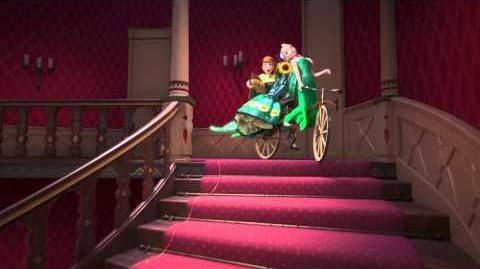 The Disney Wiki has a collection of images and media related to Frozen Fever.