3
Gal Gadot-Varsano (pronounced "gah-dote"; Hebrew: גל גדות) is an Israeli actress, producer, and model. She is best known for her roles as Gisele Yashar in Universal Pictures' The Fast and the Furious film series and Wonder Woman in the DC Extended Universe films.

For Disney, she voiced Shank in Ralph Breaks the Internet, and she will play Linnet Ridgeway-Doyle in Death on the Nile and The Evil Queen in the live action remake of Snow White and the Seven Dwarfs. 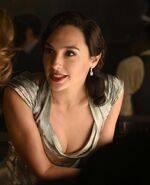 Linnet Ridgeway-Doyle
(Death on the Nile) 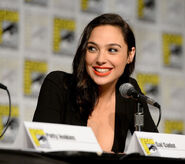 Gal Gadot at premier of Wonder Woman in May 2017.

Gal Gadot behind the scenes of Ralph Breaks the Internet.

Gal Gadot at Ralph Breaks the Internet premiere in November 2018. 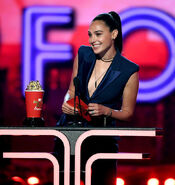