1985-present
Gary Anthony Williams is an American actor, voice actor, and comedian, who is perhaps best known for his television work in the series Weeds and Boston Legal. He is also well-known for his recurring role on Fox's Malcolm in the Middle as "Abe" Kenarban. Additionally, he played Bebop in the 2016 live-action film, Teenage Mutant Ninja Turtles: Out of the Shadows.

For Disney, he is the voice of Mr. McStuffins in the Disney Junior animated series Doc McStuffins, as well as Dirty Dan and Dusty in Sheriff Callie's Wild West. He also voiced a Pigeon and a Baker in Puppy Dog Pals, Riff Tamson in the opening three episodes of Season 4 of Star Wars: The Clone Wars, Gron in Star Wars Rebels, Kragan Gorr and Vic in Star Wars Resistance, and was the voice of Mr. Dos in Special Agent Oso. In The Lion Guard, he notably shares the voice role of Mufasa with James Earl Jones. Additionally, he played Santa Claus in Christmas...Again?!. He will be voicing Pops in Moon Girl and Devil Dinosaur and Beta in Hailey's On It!. 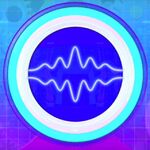 Rich Pigeon
(Star vs. the Forces of Evil) 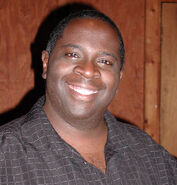 Gary Williams at Manuel's Tavern in May 2007. 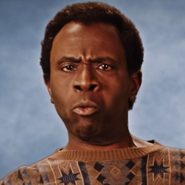 Williams as Bill Cosby
in Epic Rap Battles of History