1984-present
Gary Roger Rydstrom is an American sound designer, director, and editor. He began his career in sound at Sprocket Systems, the sound group at Lucasfilm. He has worked on a number of films, including Terminator 2: Judgment Day, Jurassic Park, Backdraft, and Indiana Jones and the Temple of Doom. Through this work, he has won 7 Academy Awards.

Rydstrom did his first work for Pixar on the short film Luxo Jr. Pixar wanted Ben Burtt, who had done the sound on The Adventures of André & Wally B. However, Burtt was busy on another film, so Sprocket Systems offered Rydstrom the job instead. John Lasseter has said it was Rydstrom's work on Luxo Jr., such as creating the lamp's voice from the squeak of a light bulb being screwed in, that taught him how sound can be a partner in the storytelling of a film. Rydstrom commented that after Luxo Jr., John continued to increase the use of sound in their movies, reaching a peak on Tin Toy:

"I think it's the most sound-intensive movie per square inch that I've ever done, because I was essentially both the sound and the music departments. The main character, Tinny, was a one-man band, and he made a sound every time he moved. I loved that. It was great. It was fun to feel like something I was doing was shaping the content of a film."

Rydstrom continued his collaboration with Pixar, working on all of their short films and feature films through Finding Nemo. After a hiatus from motion pictures, Rydstrom returned to compose the sound for Brave. He joined Pixar and made his directorial debut on the short film Lifted (which earned him his fourteenth Academy Award nomination). He was planning to make his feature film directorial debut on Newt, which was scheduled for release in the summer of 2012, but has since been cancelled. He directed the Toy Story short Hawaiian Vacation instead, which was released with Cars 2. 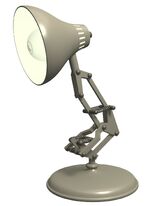 Luxo, Jr.
Add a photo to this gallery 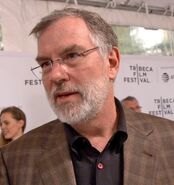 Gary Rydstrom attending the 2019 Tribeca Film Fest.
Add a photo to this gallery

Retrieved from "https://disney.fandom.com/wiki/Gary_Rydstrom?oldid=4122438"
Community content is available under CC-BY-SA unless otherwise noted.