Gary Wilde is the devilishly handsome, egocentric and narcissistic former host/producer of the television dance show, Shake It Up, Chicago!. He was originally called "Gary Knight" for the original "Dance Dance Chicago" pilot. However, they changed his name when the show began production in July 2010. He tends to take credit for what other people do and is a bit self-involved at times. However when it comes down to it, he usually ends up doing what is right.

He has a tendency to forget people's names ("Hook It Up"), and has tried multiple times to get Oprah to like him at one of his parties, though she never does. He also invited Rocky and CeCe to one of his parties only to have them work as waitresses ("Party It Up"). He is shown to possibly love Georgia. He's similar to Ryan Seacrest from American Idol and Mario Lopez from ABDC. He is funny, wacky, and "wilde!" 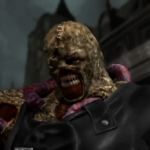 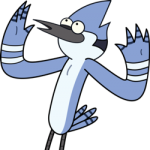