Disney toyed with the idea of having a live-action/animated version of Alice in Wonderland (in a similar fashion to his Alice Comedies) that would star Ginger Rogers as Alice and utilize the recently developed sodium vapor process. However, Walt soon realized that he could only do justice to the book by making an all-animated feature, and in 1946, work began on an all-animated version of Alice in Wonderland.

She was also mentioned in Who Framed Roger Rabbit during Roger's version of the song, "The Merry-Go-Round Broke Down", as well as in the Agent Carter episode, "A Sin to Err".

Doof-2 as Fred Astaire and Doof as Ginger Rogers 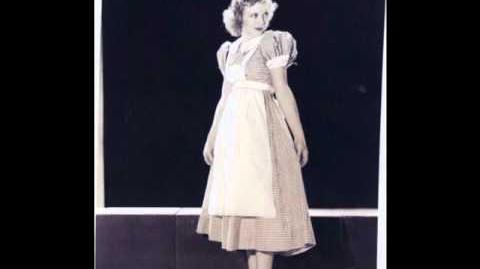 Ginger Rogers as Alice in Wonderland
Community content is available under CC-BY-SA unless otherwise noted.
Advertisement