Glow in the Park Halloween Parade

Villains Night Out!
Glow in the Park Halloween Parade was a parade held during the Disney's Haunted Halloween event in Hong Kong Disneyland.

It originally featured seven brand-new floats, over 100 cast members, and eight newly introduced characters, including Jack Skellington (voiced by Wong Cho-lam) from The Nightmare Before Christmas.

Some of the Disney Villains appeared in a float featuring Chernabog, including Maleficent (2010 by herself and 2013 with the other villains), the Witch (on Maleficent's Float in 2012 only), Queen of Hearts, Captain Hook, Cruella De Vil, Jafar, Frollo, and Hades. The parade was an exclusive entertainment shown every evening during the Haunted Halloween event. 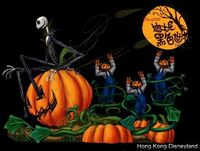 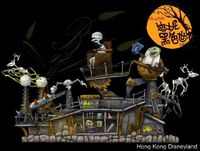 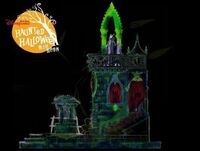 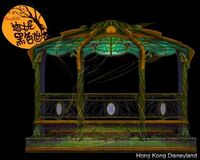