Ra
Bastet
Khnum
Anubis
The gods of Egypt are the ruling divinity of Egypt.

The physical appearance of the Egyptian gods seems to more animalistic than human, especially when compared to the Norse and Greek gods.

Male deities were seen to dress more revealing than that of typical appearances of other pantheons.

Being deities, it is assumed that the Egyptian gods possess the basic attributes of gods, such as immortality, superhuman strength and divine abilities.

In addition, the gods seem to utilize their animalistic forms in combat, saw as how Bastet behaved with a cat-like behavior and using her claws for attacks as well. 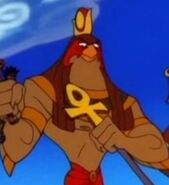 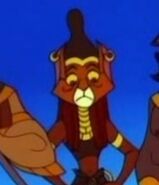 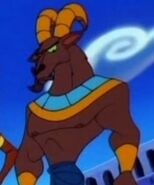