Goof Troop (グーフィーとマックス - 海賊島の大冒険 Gūfii to Makkusu - Kaizoku Shima no Daibouken, lit. Goofy and Max: Pirate Island Adventure) is an action-adventure video game, developed and released by Capcom in 1993 for the Super Nintendo Entertainment System/Super Famicom and based on the television series of the same name. The game can be played in multiplayer mode, wherein one player controls Goofy and the other Max.

This video game would become the first to have actually been designed by Shinji Mikami; who would later be known as the father of the survival horror video game genre. He would go on to develop the Resident Evil (Biohazard) series later in his career. Many of the "survival" elements that would appear in Mikami's later games would first appear in this unrelated non-horror video game.

Playing as Goofy or Max, the player(s) works through five areas on Spoonerville Island: on the beach, in a village under siege, a haunted castle, an underground cavern, and finally the pirate's ship where Pete and PJ are held captive. Goofy moves slower than Max but can deal more damage to enemies, while Max can move faster than Goofy but deals less damage to enemies.

The goal of each level is to solve various puzzles in order to reach the end of the stage and defeat the boss. Although Goofy and Max cannot fight directly, they can use various methods to defeat enemies such as throwing objects such as barrels or bombs at them, kicking blocks into them, knocking them off the stage or luring them into the path of enemy attacks. Throughout the game, players can find various collectible items that can aid them. Collecting pieces of fruit can protect Max or Goofy from a single hit, with extra lives earned if the player can collect a certain amount of fruit without getting hit. Collecting red diamonds earns an extra life while blue diamonds earn a continue for the Player. In multiplayer, if one player loses all of their lives, they can respawn with two more lives if the player can move to another screen. However, if both players lose all their lives on the same screen, the game is over, although if they have any continues, they can continue from the same screen. Otherwise, they will have to resume from the beginning of the stage using a password.

In order to progress through the game, players must collect various items to use. Each player can only hold one item at a time (two in single player). The grappling hook is used to cross large gaps between hooks, though can also be used to knock back enemies and collect items from long distances. The bell is used to lure the attention of enemies in order to set off puzzles or set them up for an ambush by the other player. Other items in the Game include candles to light up dark areas, shovels to dig up soft dirt for items, boards to cover gaps in bridges and keys to unlock certain gates and doors. Certain doors will only be opened under certain conditions, such as sliding blocks into places or defeating all the enemies on screen.

On a great day for fishing in Spoonerville, Goofy and his son Max go out to the sea. While fishing, they see a huge pirate ship heading towards Spoonerville with Pete and PJ kidnapped. Goofy tries to catch up with the ship, but doesn't succeed until the ship lands on the pirate's island.

Upon landing on the island and defeating a group of pirates, Goofy and Max learn that the pirates have mistaken Pete for their captain, Keelhaul Pete (a doppelgänger of Pete), who had been swallowed by a whale a long time ago. As Goofy and Max explore of the island and fighting more pirates, Pete and PJ keep up the misconception, as Pete enjoys being the pirate king.

Eventually, Goofy and Max reach the pirate's ship, and see what appears to be Pete. Goofy attempts to save him, but accidentally knocks him out. Max then realizes that the person they assumed to be Pete is actually the real Keelhaul Pete, having returned after the whale spat him out. Concerned with the safety of their neighbors, Goofy and Max infiltrate the pirate ship, climaxing with another run-in with Keelhaul Pete. After defeating him, they find Pete and PJ about to be fed to an alligator, and they promptly rescue them. Suspending Keelhaul Pete over the alligator in their place, Goofy, Max, Pete, and PJ return to their fishing trip. 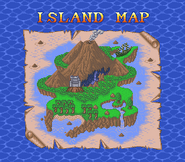 Nintendo Power was the only one to review the game. In Issue 51 of the magazine (Released on August 1, 1993), Nintendo Power gave it a 3.525 out of 5. Though they did criticize the challenge for being "fairly low", they did say "the game is still great fun." Amazon reviewers have gave the game a 4.2/5 out of 18 reviews.

In 2012, Arin Hanson and Jon Jafari praised the game on their popular Video Game review Webseries Game Grumps for its fair amount of challenge, clever design, cooperative features and sound effects during their playthrough of it.