English
Goofy's Freeway Troubles is an 1965 American animated educational short film released on September 22, 1965. It is a follow-up to the short Freewayphobia and was Goofy's last appearance in an animated short for eighteen years.

During production, Goofy's Freeway Troubles was addressed as Freewayphobia No. 2, indicating that it is a follow-up to the first short. Its name was changed before its initial release, but some later showings would call it Part 2 of Freewayphobia.

Much like Freewayphobia seven months earlier, Goofy's Freeway Troubles was distributed to theaters to both recoup production costs faster and to establish the value that it had in that it was not just educational, but had also played in theaters.

In Goofy's Freeway Troubles, a narrator describes various rules of freeway safety, referring back to the three driver types previously named in Freewayphobia.

The narrator then introduces a new driver type, Stupidicus Ultimas--a driver who is nice enough, but is a menace because he never takes care of things. Stupidicus, portrayed by Goofy, is shown to neglect maintenance on his car, often resulting in expensive breakdowns on the freeway, where demands on the car are higher. Stupidicus is also shown to take such actions as improperly loading his car, which causes the objects to become dangerous projectiles during crashes, and failing to account for potential emergencies, such as purchasing only the fuel that he needs for immediate use. Later, Stupidicus demonstrates the dangers of highway hypnosis and alcohol.

The narration then shifts to safe driving habits that the viewer can form, including examples of checklists a driver can use, such as making sure the car is safe, ensuring that the driver is well rested and knowing where to go. The narrator also describes the proper use of reflectors and flares should a breakdown occur. The narrator concludes the short by encouraging the viewers to use common sense when driving. 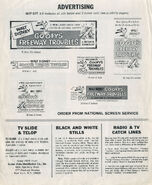 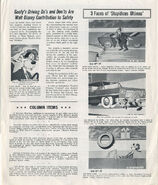