Goose is a character from Marvel Comics who appears in Captain Marvel.

Goose is a Flerken from the planet of the same name, despite her outward appearance. As such, she possesses abilities beyond that of Earth cats, the most notable one being the ability to swallow anything and keep it stored inside her belly. After making her way to Earth, she became Carol Danvers' pet, and once she returned to Earth as Captain Marvel, she helped her and Nick Fury in their battle against the Kree. After Carol departed for space to live with the Skrulls, Goose became Fury's pet.

Goose is notable because she is responsible for clawing off Fury's left eye with a nasty incurable scar. Fury's statement in Captain America: The Winter Soldier ("the last time I trusted someone, I lost an eye") most likely indicates his anger and bitterness about being deceived by the Kree, and his intent to never let himself be deceived by evildoers again.

Goose is also notable for retrieving the Tesseract so that it would be once again in S.H.I.E.L.D.'s custody.[1] 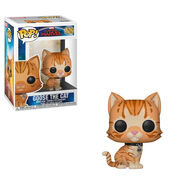 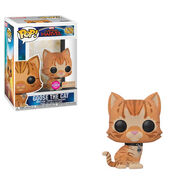 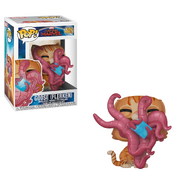