“Love? Love is a weakness, Spider-Man. Goblin has no weaknesses because Goblin loves no one!”
―Green Goblin to Spider-Man

Green Goblin (real name Norman Virgil Osborn) is a fictional supervillain from Marvel Comics. He is the founder and CEO of Oscorp Industries and the father of Harry Osborn. However, upon taking an experimental serum, and becoming the Green Goblin, he is one of Spider-Man's most dangerous and known enemies. He is one of the main antagonists in Ultimate Spider-Man, however, after being cured (twice) of the Green Goblin persona, Osborn becomes the patriotic-themed armored superhero Iron Patriot. The Green Goblin was created by Stan Lee and Steve Ditko.

Norman Osborn seems to have a calculated mind. He has a extreme distaste for his plans being foiled or executed in a way that is not what he had planned. Norman is very impatient, as shown when Octavius told him he would need a few months to construct a whole army for him, but Norman demanded something by that night. He has also shown as well that he can solve his problems with money as shown when he leaves a depressed Harry by himself with a thousand dollars. He has shown to have greed of power, capturing Spider-Man for several months trying to take his DNA and create a army of it, acting like a psychopath.

In Ultimate Spider-Man, after he mutated into the Green Goblin, he became a mindless brute rampaging and causing havoc everything around him, he showed no care and did not show any signs of having a conscious, except for one moment when Spider-Man told him that he still loved his son. Several days after the mutation, Green Goblin regained his thoughts like his usual psychopathic self, and didn't care anymore of his former weak body and decided to gain power in this form.

Norman had worked with Doctor Octopus when Spider-Man came into publicity, intending to market an army of Spider-Man like ability soldiers that he could sell. He was not fond of Nick Fury trying to train him. Octavius asked Norman if he should have The Frightful Four destroy Midtown High, but was quickly declined when Norman revealed that his son Harry went there.

Osborn ordered Octavius to have something to him by the night of Harry's party, refusing to have to wait for months. Norman arrived at his house after the symbiote had seemingly been destroyed, he was glad Harry wasn't hurt and showed gratitude to Spider-Man. After the incident was averted, Norman arrived in Doctor Octopus' facility and demanded a newly improved Venom.

Norman went to see Doctor Octopus, he ordered him to give him a reason as to why he had yet to explain why he had summoned him there. Osborn felt annoyed by his son Harry, who was trying to explain to him, that he had became the new Spider-Man everyone was talking about, but, Norman stated he did not care unless it was about an improvement in his grades before Harry could get out all of his words. Norman was doing business affairs when all of a sudden Spider-Man and Venom crashed through the window and shattered the glass. Venom expressed anger at Norman for not listening to him as Harry. Norman was called back to Octavius' lab and wrote it off as a waste of his time.

Norman had noticed his son had been acting very rude and disrespectful towards him and asked him to change his tone. Harry transformed into Venom and threw him out of a window. Spider-Man saved him and Norman briefly thanked him before going off with several of his assistants and coworkers. Norman was tracked by his son and thrown against a wall. Despite this, Norman was marveled at his son's symbiote and ordered Doctor Octopus to make more like it.

As time went on, Norman grew tired of Doc Ock's stall for time. He mocked Octavius incompetence to capture Spider-Man, but when Octavius finally captured Spider-Man and brought him to his lair while messaging Osborn, Norman was for once proud of him. However when Osborn ordered Octavius to bring Spider-Man to him, Octavius snapped at him and turned his monitor off.

After witnessing Octavius defeat by Spider-Man, he fired him from Oscorp and exploded his lab, leaving no evidence behind.

Norman later re-hired Octavius and attempted to find Spider-Man's true identity, but Octavius injected him with a combination of Spider-Man's DNA and Venom's causing him to transform into the Goblin. After seeing Harry, he went after him, but later attacked the S.H.I.E.L.D. Helicarrier and made Harry into Venom. Harry shook Venom off to Goblin's disappointment. He then sampled the symbiote and left his own son to die on the Helicarrier.

Soon after, he presumably killed Spider-Man and attacked his son and Peter. He later injected Peter Parker with Venom, which turned him into Carnage. He then ordered him to defeat Spider-Man's team. After Carnage was defeated, he took it with him, but watched Harry and Peter's car drive away.

When the symbiote came off of Green Goblin, he was reverted back to Norman Osborn. Spider-Man then tossed the Venom symbiote into space and destroyed it with a huge repulsor blast. Norman was later taken to a hospital to recover.

After getting back to normal life, Norman felt remorseful for his actions as the Green Goblin and decided to make up for it by becoming a superhero himself. He built the Iron Patriot armor (Iron Man's armor with Captain America's color scheme) to serve a national symbol to emphasize that he was a changed man. Unfortunately, Norman's aggressiveness and control issues carry on to his new career, and make relations with Spider-Man and his team difficult.

Norman Osborn appears in the 2017 animated series Marvel's Spider-Man as one of the primary antagonists, aside from the Jackal. He is voiced by Josh Keaton, who ironically enough is best known for voicing Spider-Man himself.

In this series, Osborn starts a new school called the Osborn Academy for Geniuses as a way of saving his son Harry from the embarrassment after Harry was briefly suspended from Horizon High. However it is later revealed that he hired Spencer Smythe to cause Harry's suspension to push Harry into accepting his offer for the academy. Over the course of the series, Norman recruits future and current Spider-Man rogues to attend or work at Osborn Academy, such as Vulture, Doc Ock, and considering on admitting the Jackal, He works throughout the first season plotting the downfall of the Jackal and the Spider-Men.

In the "Spider Island" story arc, Norman was one of the first victims of Jackal's spider virus and mutates into a man-spider. Having the most exposure to the chemicals gives him more control over the other Man-Spiders as the Spider-King (a role that was Captain America's in the original storyline). In the story arc, "The Hobgoblin," Norman entrusts the Hobgoblin equipment to Harry Osborn in trust that he would destroy Spider-Man, but when Harry refused, Norman donned the Hobgoblin Armour, and tried to destroy Spider-Man himself, and again supposedly died in the process. When Harry resumed control of Oscorp (Not Osborn Academy, because it was destroyed in Spider-Island), Norman was revealed to be alive (in some sort), and reveals a new, deadly project to his son.

Norman in the Spider-Man 2017 show 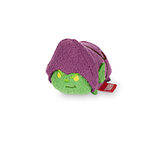 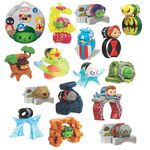